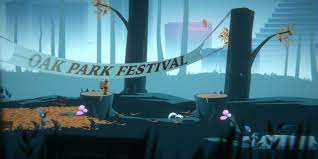 Demagog Studio has released a pair of brand new trailers for Golf Club: Wasteland that provide players with a look into the stories behind the game.

According to the dev team, GCW is filled with personal stories from the “few people left on Mars” as well as larger stories that touch on some of today’s most controversial topics including climate change, Silicon Valley culture, and wealth inequality.

The videos are anchored by tunes that players should recognize from their time on the links. These are:

GCW features a two-hour soundtrack that is a free digital download for every purchased copy of the game. In addition, players will also receive a free 55-page digital graphic novel called Charlie’s Odyssey. It tells the tale of the game’s protagonist, Charlie, and offers his reasons for abandoning the Mars colony.

GCW is preparing for release on September 3, 2021 across multiple platforms including PC, PlayStation 4, Xbox One, and Nintendo Switch.