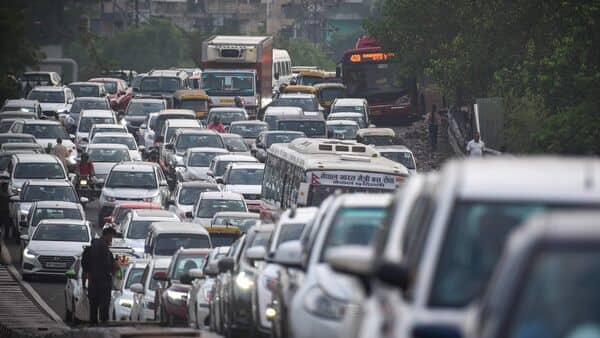 With the Congress party all set to hold a mass demonstration against price rise, unemployment and GST hike, the Delhi Police has issued an advisory stating that the traffic movement will be affected in parts of Lutyens’ Delhi on Friday, according to news agency ANI. The police officials have made special arrangements and diversions will be suggested on the basis of expected spots of congestion on major roads.

The advisory suggested that the commuters using vehicles are requested to plan their journey in advance accordingly for their convenience and advisory.

Special Commissioner of Police (Traffic) S S Yadav said, “Special arrangements have been made and necessary diversions have been suggested on expected congestion points. We have made all the contingency arrangements for all types of situations, and we will ensure that the least inconvenience is caused to the public.”

Congress has planned a nationwide protest against price rise, unemployment and GST rate hike on essential items on August 5 (Friday). As part of the protest, Congress will take out a march towards the Rashtrapati Bhawan and gherao the prime minister’s residence.

On Friday, Congress MP Rahul Gandhi will address a press conference at 9:30 am at All India Congress Committee (AICC) headquarters in Delhi. Congress MPs will hold “Chalo Rashtrapati Bhavan” from Parliament to demonstrate their protest over the issues. The Congress Working Committee (CWC) members and senior leaders will also participate in “PM House gherao” tomorrow.

Congress has lately been protesting both inside and outside Parliament against the price rise and the hike in the Goods and Service Tax (GST). On Thursday, August 4, Congress MPs and other Opposition members of Parliament trooped into the well of the House to protest against various issues. They were also joined by Sonia Gandhi and other senior leaders of the House.