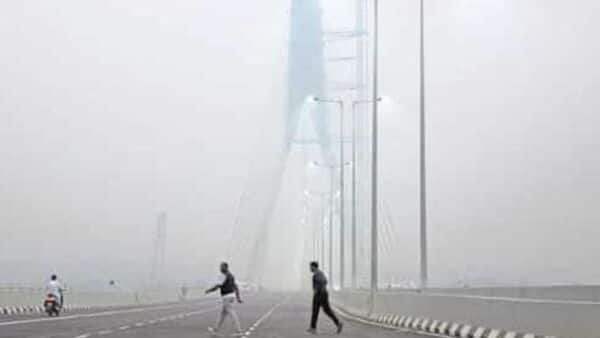 The Delhi government is now planning to scrap its 154-metre Signature Bridge, which was to provide a bird’s eye view of the city. This comes months after the tourism department failed to get permission to operate inclined lifts to take tourists to a viewing gallery set up atop the pylon.

Four lifts were installed on the legs of the bow-shaped pylon of the bridge. And two others were inclined at an angle of 60 degrees and two at 80 degrees.

Noting that a lot of risk involved in taking people to glass façade in slant lifts at such a height, a source told PTI, “Despite repeated requests, the labour department did not give us the permission to use these inclined lifts. It looks unlikely that this project will ever take off. They (the government) don’t want to take risk and are planning to let go the idea of taking people to such a height for the city’s view.”

In September last year, the labour department had denied permission to operate inclined lifts to carry tourists. The Delhi government had set a deadline of January 31, 2019, for the project.

Officials of the Delhi Tourism and Transport Development Corporation (DTTDC), which was given the responsibility to helm the tourism project at the Signature Bridge, said that the stalemate is “lack of permission” to operate slant elevators to ferry visitors to the viewing gallery.

They said that statutory permission is required from the electrical branch of the labour department of the Delhi government to start operations and take tourists to a glass facade (viewing gallery) that has been built atop the bow shaped steel pylon — twice the height of Qutub Minar — of the country’s first asymmetrical cable-stayed bridge. The height of Qutub Minar is about 73 metres.