More
HomeNewsDelhi: Penalty for mosquito breeding might go up to ₹50,000
News

Delhi: Penalty for mosquito breeding might go up to ₹50,000 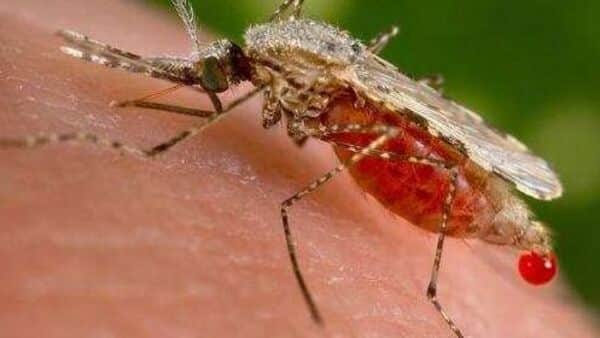 Penalties for mosquito breeding in Delhi might get heftier as the High Court asked the Delhi government to examine imposing on-the-spot fines to create deterrence in the minds of the people concerning allowing mosquito breeding on their premises. The fine for the same might go up to ₹50,000 from a mere ₹5,000.

The high court bench was hearing a suo motu case concerning large-scale mosquito breeding in the city. It observed that the efficacy of the system of imposition of fines as a deterrent would be completely lost if fines are not imposed on the spot and mere challaning the violators would only lead to the explosion of such cases in the courts.

It further noted that while the municipal Corporations had proposed enhancement of fine from Rs.500 to ₹50,000 and imposition of on the spot fines, the Delhi government counsel informed that the proposal to increase the fine from Rs.500 to Rs.5,000 was under process and that there was no spot fine.

“In our view, the GNCTD should seriously examine the proposal for imposition of fines – on the spot, if a deterrence has to be created in the minds of the people to not allow mosquito breeding in their premises. We are also of the view that where institutions are found guilty of such conduct, the quantum of fine should not be limited to merely Rs.5,000/-, and should be fixed at Rs. 50,000/-. The GNCTD shall examine these aspects at the highest level and respond on the next date,” said the bench also comprising Justice Jasmeet Singh in its order dated May 20.

“Mr. (Rajat) Aneja (the amicus curiae) submits, and we entirely agree with him, that the efficacy of the system of imposition of fines as a deterrent would be completely lost, if fines are not imposed on the spot. We may also notice that mere challaning the violators and those found guilty of allowing mosquito breeding in their premises, would only lead to the explosion of such cases in the Courts and adding to the already existing heavy burdens that the subordinate Courts have to deal with,” it said.

In March, the high court had expressed displeasure over no action being taken by the Delhi government over the aspect of amending the law and increasing the penalty so that it acts as a deterrence against the breeding of mosquitoes which cause vector-borne diseases, saying its request fell on deaf ears.

In its order, the court also directed all the local bodies, authorities, and departments to strictly comply with and fulfil their respective obligations in terms of the common protocol evolved for the prevention and control of vector-borne diseases.

“They shall all remain bound by the said common protocol. Failure to comply with the same, and lapses in implementation of the common protocol shall be viewed seriously, and the Chief Executive Officers of the other local bodies/ authorities shall be personally held liable for the same,” the court said.

“We direct that the DHOs (Deputy Health Officers) in the Municipal Corporations; the CMO in NDMC, and; Assistant Health Officer (AHO) in Delhi Cantonment Board shall be personally responsible to implement the common protocol. The Commissioner of the MCD and the Chief Executive Officer of the NDMC and DCB shall be personally responsible to supervise the working of the DHOs, CMO (Chief Medical Officer), and AHO respectively,” it stated.

The court also granted four weeks to the Delhi Jal Board — which manages sewer drains and several water bodies and the Irrigation and Flood Control Department to file a “calendar of activities” that it shall undertake to prevent mosquito infestation.

The court further asked the DDA to examine a suggestion to make the installation of mosquito nets in buildings mandatory and sought its stand on the same.

The high court had on December 24, 2021, directed that each of the local bodies, including East, South, and North MCDs, Delhi Cantonment Board, and New Delhi Municipal Council shall set up task forces headed by their commissioners concerned to monitor and control mosquito breeding.

Last year, the court had also pulled up the municipal corporations for their failure to control the spread of dengue which has doubled this year in the national capital, saying there was a complete paralysis in civic administration as no one is bothered about the deaths.