Delhi air pollution curbs from today; here’s what is allowed, what’s not 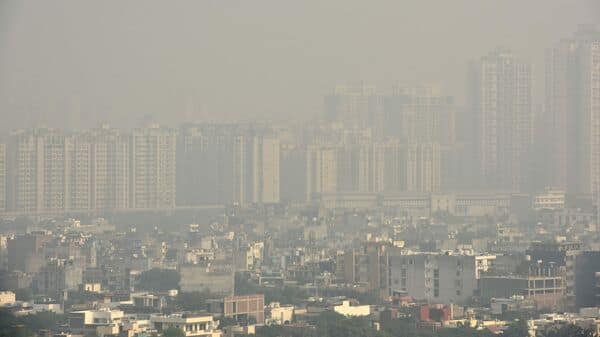 On 4 November, Delhi Chief Minister Arvind Kejriwal and his Punjab counterpart Bhagwant Mann owned responsibility for paddy straw burning in the agrarian state and promised to curb the practice by next winter.

“We (AAP) have our government in Punjab and we are responsible if ‘parali’ is being burnt there. Farmers are not responsible for it,” Kejriwal said in a joint press conference with Mann.

Kejriwal further clarified that air pollution is a ‘North Indian problem’, hence, AAP or Delhi government is not solely responsible for it.

The number of stubble burning incidents in Punjab rose 12.59 per cent year-on-year to 26,583 in the last 50 days, with a spurt in such cases after Diwali, according to the latest Indian Council of Agricultural Research (ICAR) data.

However, when compared to Punjab, the number of paddy stubble burning events in Haryana, Uttar Pradesh, Rajasthan, Madhya Pradesh and Delhi remained lower between September 15 and November 4 this year, the data showed.

The Commission for Air Quality Management (CAQM) on Thursday decided to implement measures under Stage IV of the Graded Response Action Plan (GRAP) — a set of anti-pollution measures followed in the national capital and its vicinity, according to the severity of the situation — in view of the worsening air quality in Delhi-NCR.

As citizens, some dos and don’ts can be followed like wearing N-95 masks when stepping out, staying hydrated, following a good diet, investing in air purifying indoor plants, avoid smoking.

1. According to an order by the Transport Department, all CNG and electric trucks would be allowed to enter Delhi.

2. BS-VI vehicles and those used for essential and emergency services are exempted from ban.

3. For commuters’ convenience, public transport services will be augmented. The transport department will hire up to 1,000 private CNG contract carriage buses through DTC for 60 days. It may be extended up to 90 days. In the first phase, 500 buses will be hired, it added. The plan will remain in force till further orders by the Commission for Air Quality Management.

What is not allowed?

3. The order issued by Delhi Transport Department also states that the BS-III petrol and BS-IV diesel light motor vehicle will be banned from plying in the areas under the jurisdiction of the NCT of Delhi. The department has also implied fine of ₹20,000 who violates the rules.

4. Closure of all industries not running on clean fuels. Industries like milk and dairy units and those involved in manufacturing life-saving medical equipment or devices, drugs, and medicines shall, however, be exempted from these restrictions

6. Factories and construction sites have also been shut.

8. Chief Minister Arvind Kejriwal announced the closure of primary schools from today, till the air quality improves in the city.

9. Schools have been shifted to online classes up to the eighth grade in Noida.

“Good to know that diesel vehicles have been put under restrictions but isn’t it a little too late? There are around 19 lakh vehicles in the national capital that do not have a valid PUCC (Pollution Under Control Certificates) but there is no technology to know whether such vehicles are plying on the roads or a system to impound them,” Kandhari told news agency PTI.