More
HomeGamingDay of the Devs 10th Anniversary Showcase: Here Are All The Games...
Gaming

Day of the Devs 10th Anniversary Showcase: Here Are All The Games Announced 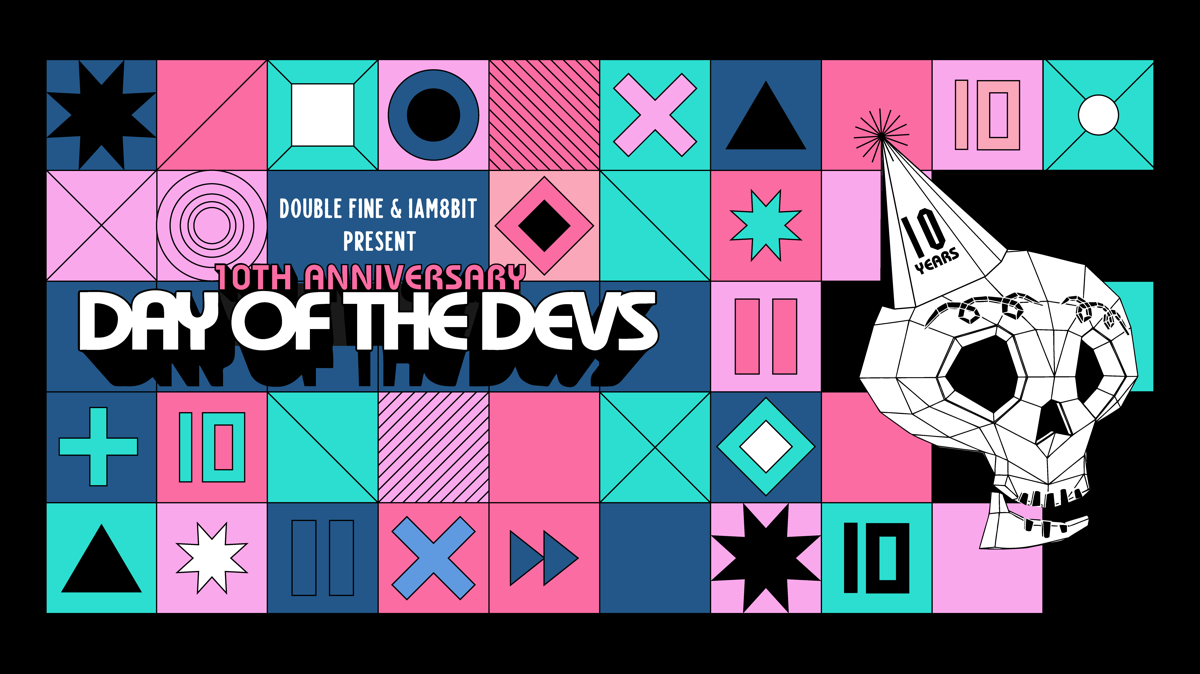 Day of the Devs is an event that began way back in 2018, in partnership with Double Fine and iam8bit. Through this annual event, developers are able to showcase all the indie games that currently are in development. Since the inception of the event, they have been able to showcase over 500 games to players. This year marks the 10-year anniversary for Day of the Devs. To celebrate the anniversary, they introduced a whole roster of new indie games to look forward to, check them out below:

Popular indie puzzler, Escape Academy finally has a DLC expansion that players can look forward to. Players will have a more summer themed setting this time around, with beaches, waves and other tropical themed elements. Escape from Anti-Escape Island arrives on November 10, 2022.

In this title, players step into the shoes of Gordy, who is trying her best to secure her Demon Punk Band’s future. It has been described as a “feminist narrative and management life game about punk music, friendship, and growing up”. The demo for Dead Pets Unleashed is available on Steam right now.

This title is a retro themed, action RPG game where players play a mouse. His weapon of choice is a whip and timing is key when executing attacks in the game. At the moment, the game is still in development, and we do not have a concrete release date for the title.

The third title from Worm Club sees the conclusion of the Frog Detective series. Players in the game will take on a new case, where their detective skills will be needed. This time around players will be looking for a perpetrator that has disappeared all the hats in Cowboy County. Frog Detective 3: Corruption at Cowboy County is already available for Xbox, PC and Game Pass users.

Players just received some new information about this title through the Day of the Devs livestream. In Snufkin, players can look forward to exploration, interactions with new characters and some problem solving in Moominvalley. The game’s release window has been set for 2023.

Sea of Stars is a turn-based RPG which is also inspired by a Retro theme. Players will once again step into the universe of The Messenger where they follow the journey of the two Children of Solstice. The game is expected to arrive in 2023.

What the Bat is developed by Triband, the people responsible for What the Golf? In this title, players enter a VR adventure as Betty, who has baseball bats for hands. This means taking up normal chores will become way more complicated, but enjoyable at the same time. The game will release for Steam and Meta Quest 2 in 2022.

Sunshine Shuffle is another detective style title with a twist, as the criminals in the game are animals. In the game, players have to investigate a bank heist that took place years ago. To understand the case, they will have to interrogate a bunch of suspects, but the twist is that this has to be done through poker games. Sunshine Shuffle releases on December 6, 2022, for Steam.

For players that are looking towards hacking and slashing other players, this is the game for them. Samurai Zero is a PVP title set in a Sci-Fi world, where players can choose from a set of super-powered samurais which can be levelled up through skill points. There is no release date yet for this title.

Another action RPG title that has been developed by the people at Pancake Games is Slime Heroes. Players will take on enemies and bosses as they explore various environments. They will do this with an arsenal of weapons along with some special skills to accomplish their mission. Slime Heroes has been dubbed as ‘coming soon’.

This side-scrolling title from Poke Life Studio sees the unfolding of three different stories that are related to each other. In this title, the choices that players make can impact the overall city and the protagonist. Players can expect this title in 2023 in PlayStation, Xbox, Switch and PC.

This title has been developed by Free Lives and has been dubbed as a ‘reverse city builder’. In Terra Nil, players will work on creating a living a breathing environment, straight from scratch. Players can expect Terra Nil in 2023 on Steam and on mobile through the Netflix App.

Another action-RPG title based on “immigrant culture, resolving relationships, family pressure, and expressing oneself”. Players take on the role of Jala who is trying to reconcile with her friends and family. At the same time she has to fend off her exes, and make choices that impact the overall story. Thirsty Suitors does not have a concrete release date, but will be available for all platforms.

A title that was introduced as a text-based adventure in the past is now being reimagined by Roberta Williams. Now the game will incorporate proper 3D visuals along with VR capabilities. It does not steer too far away from the original, as all the original text still exists in the game. Colossal Cave is another title with no release date and is scheduled to arrive on PlayStation 5, Xbox Series X/S, Switch, Epic Games Store and Meta.

In this physics based title, players will be scaling huge mountains with the help of ropes, plungers, teleporters and other gadgets. The game is being developed by Jasper and Jonas and can also be experienced in a co-op format. Players can expect Surmount to arrive at some point in 2023.

Gunbrella has been described as a “noir-punk action-adventure”. It is being developed by Doinksoft, and it requires players to step in the shoes of Woodsman, who is looking for vengeance. His weapon of choice is an umbrella that turns into a gun, as the title suggest. Players can expect Gunbrella on the Nintendo Switch and PC in 2023.