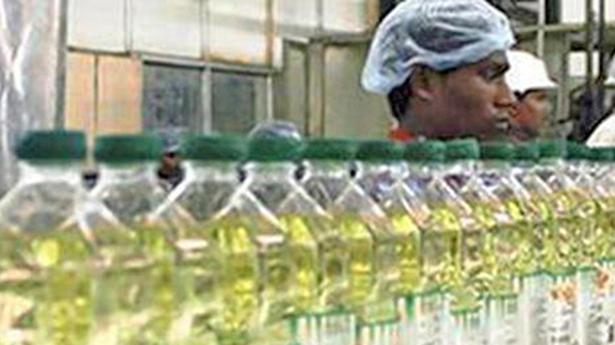 The local prices of edible oil have been over the roof in the recent months as it is vulnerable to changes in the international markets, given India’s high reliance on imports

The local prices of edible oil have been over the roof in the recent months as it is vulnerable to changes in the international markets, given India’s high reliance on imports

In a bid to tame the soaring prices of edible oils, the Central government on Tuesday has allowed duty-free import of 20 lakh tonnes of crude soyabean and crude sunflower oil for the current and next fiscal year. The local prices of edible oils have been over the roof in the recent months. The prices of sunflower oil in retail markets have surged by ₹39 per litre in the past three months. This has impacted the household budgets of the urban population more as a higher share of them prefer refined oils compared to the rural parts. The local prices of edible oil are vulnerable to changes in international markets given India’s high reliance on imports. In 2019-20, 56% of the domestic edible oil demand was met through imports. However, Russia’s invasion of Ukraine and Indonesia’s policy flip-flops have left India scrambling for alternatives.

The chart shows the type of oil used, as a share of the total edible oil consumed in rural and urban India. In urban areas, refined oil, which includes sunflower and soyabean oil, was widely consumed (47%). On the other hand, mustard oil was mostly preferred (45.1%) in rural areas, according to an NSS report on household consumption of various goods and services (2011-12). Hover over the chart to find the exact figure

The chart shows the absolute change (in ₹) in the average prices of edible oils across eight major centres*. For instance, a litre of groundnut oil on May 24, 2022 cost ₹199, which was ₹67 more than it was three years ago. Prices of sunflower and soyabean oil have surged the most in the past five years. The price of sunflower oil saw an increase of ₹39 in the past three months

The chart depicts India’s dependence on domestic sources and imports for edible oils in the past 10 years. A majority of India’s edible oil demands have been met through imports. This high dependency on imports to meet the domestic demand makes the local prices susceptible to fluctuations in international markets

The chart shows the countries from which India imported vegetable oils in 2021-22. India, the biggest importer of edible oils, sources sunflower oil from Russia and Ukraine, palm oil from Malaysia and Indonesia, and soybean oil from Argentina and Brazil. However, with Russia’s invasion of Ukraine, sunflower oil supplies have been hit. At the same time, a slew of policy flip-flops by Indonesia coupled with labour shortage in Malaysia have impacted palm oil imports

Also read: What would the proposed large-scale cultivation of oil palm mean to India’s ecology and economy?