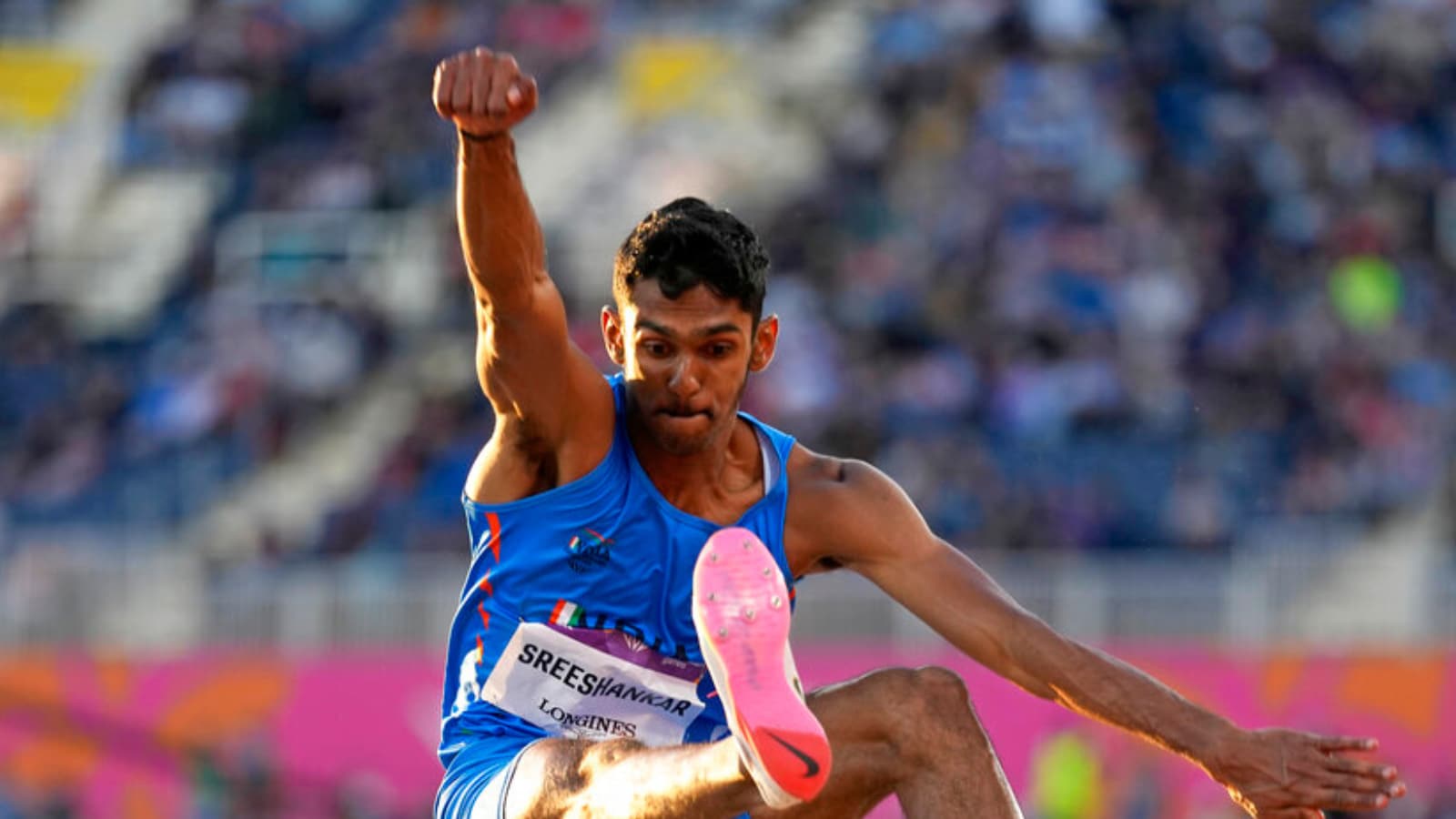 
Murali Sreeshankar won silver in the men’s long jump with an effort of 8.08m in the final at the 2022 Birmingham Commonwealth Games on Thursday. The 23-year-old from Palakkad, Kerala thus becomes the first male Indian athlete to win a Commonwealth Games medal in the long jump.

Earlier on Tuesday, Sreeshankar made a jump of 8.05 m in his first attempt in his group A qualification, something that he needed to make it to the finals. He dominated the leaderboard and no other athlete could outdo him. Laquan Nairan of Bahamas ended up second while Jovan van Vuuren of South Africa was in the third position with the best jump of 7.87 m. The top eight athletes from the group qualified for the finals.

Anees achieved his personal best earlier this year with a jump of 8.15 meters in Bhubaneshwar in the month of May. Last month in the Federation cup, he stood third in third place on the podium with a best of 8.06m. Sreeshankar topped with a jump of 8.36m.

In the final of the men’s long jump, Shreeshankar registered an opening jump of 7.6m while Aneesh’s first jump was chalked off for a foul during take-off.

Shreeshankar’s improved on his initial attempt at the second time of asking as he covered 7.84m. His third attempt was also marked at 7.84m much to the dismay of the 23-year-old from Palakad, who thought he had done better than the numbers signalled by the electronic board. His fourth attempt was chalked off as he had overstepped the limit by an agonizing 1cm for a jump that might have put him in the top three positions at the moment.

Shreeshankar came up with a masterful leap on his fifth attempt as he climbed to the second position in the standings with his effort of 8.08m. He took off 4cms before the permitted line and stuck the landing brilliantly thanks to his hitch-kick technique which seemingly propelled him forward.

His overstepped the mark by 2 cms on his final attempt and the attempt was called a foul.

Anees’ second jump was a legal one as he came in at 7.65m. He went better with his third attempt which was measured at a distance of 7.72m from the take-off board.

Anees’ fourth attempt was a leap of 7.74m as the athlete from Kerala kept progressing steading from his initial mark. The pattern was broken on his fifth attempt which came in at 7.54m.

But, he saved the best for last as he registered his best jump of the day at 7.97m to climb up to the fifth position.