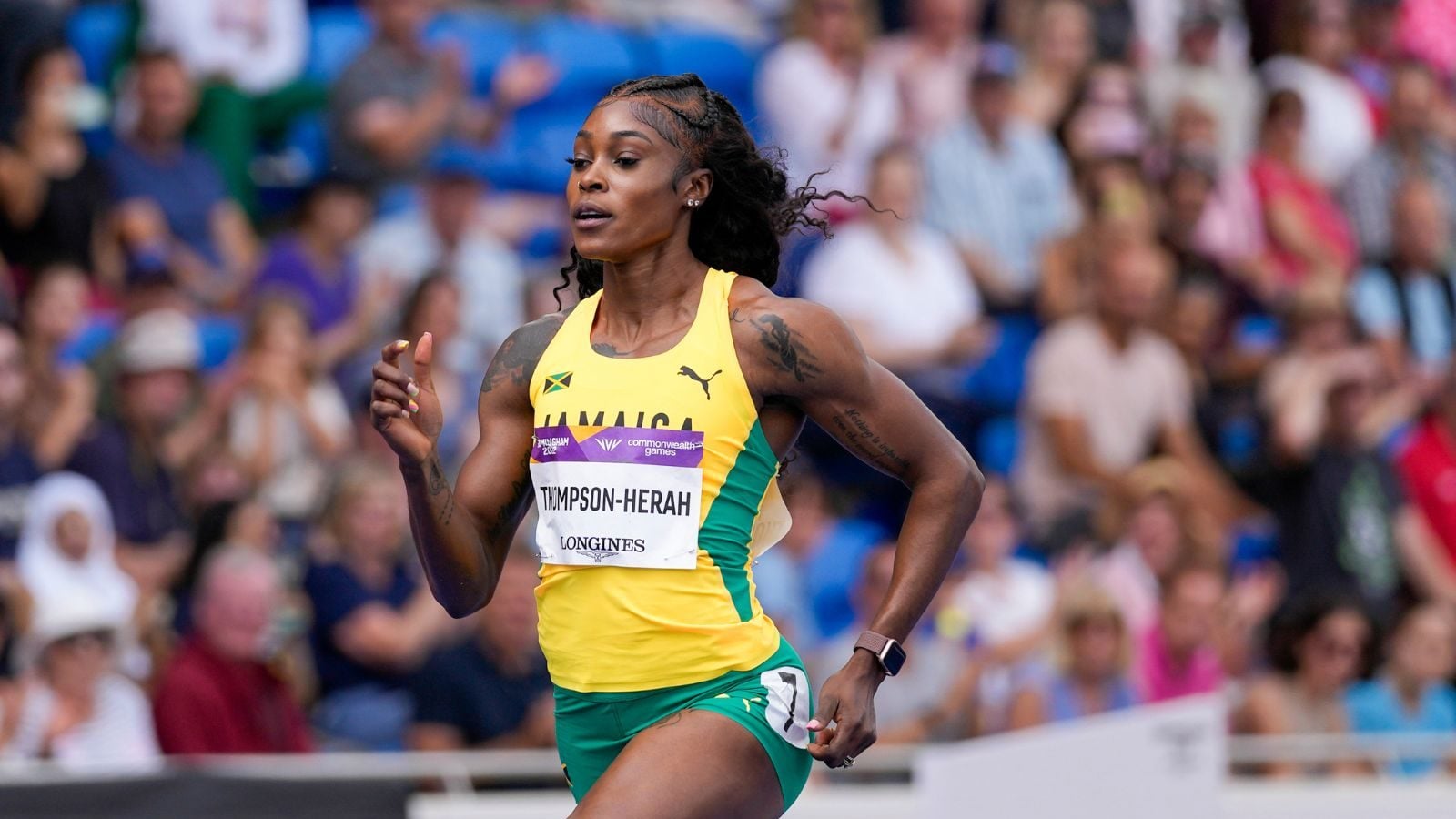 Elsewhere on the second day of track and field action in Birmingham, England’s Katarina Johnson-Thompson claimed her first heptathlon title for three years as she retained her crown.

But she was the only one of three in the field at the Alexander Stadium and she made no mistake, crossing the line in 10.95sec to win the title for the first time.

“Feeling good. I didn’t have the best execution but nevertheless I had to dig for that one but I am still grateful to win my first Commonwealth Games,” said the 30-year-old.

Johnson-Thompson ended her drought since the 2019 world championships by racking up 6,377 points in the heptathlon to finish 144 points clear of Northern Ireland’s Kate O’Connor.

“It feels incredible to do that in front of my home crowd,” said the 29-year-old, who finished a disappointing eighth at the world championships.

“It was the crowd who got me through the competition, especially the 800m when the noise was so loud. You know when you feel pain, you didn’t feel it, so I have got them to thank for that performance,” she added.

Kenya’s Ferdinand Omanyala won the men’s 100m in a time of 10.02 while Scotland’s Eilish McColgan emulated her mother Liz McColgan in winning the women’s 10,000m.

On the final night of action at the Sandwell Aquatics Centre, 400m world record holder Titmus beat a high-class field after her earlier triumphs in the 200m and 800m freestyle.

The 21-year-old dominated the race, touching in 3min 58.06sec to see off the challenge of Canada’s 15-year-old Summer McIntosh.

The Olympic 200m and 400m champion skipped the world championships in Budapest in June, where she would have faced US star Katie Ledecky, to focus on the Commonwealths.

She leaves Birmingham with four golds in total after being part of Australia’s winning team in the women’s 4x200m freestyle relay.

“I came here with the goal to win all four. I believed I had the capacity to do that and I’m happy I did,” she said.

Titmus said it was crucial to have race practice in a high-pressure situation.

“I think that, back home, Australia really prides itself on success in the pool at the Comm Games,” she said.

“Potentially there’s more pressure here to win than at the Olympics sometimes because we are so dominant. Performing under that pressure is tough,” the swimmer added.

“It’s a year ago since I was giving my interviews and burst into tears because of a bad swim at the Olympics,” said the world champion, who also won the 50m butterfly in Birmingham.

“So much has changed. This is really my redemption year. Something has clicked,” he added.

The 28-year-old has won six gold medals in Birmingham to take her overall tally of golds to 14.

Australia finished with 25 swimming gold medals out of a total of 52, with the overall tally including swimming and para-swimming events.

Australia lead the way in the overall medals tally with 46 golds, seven ahead of England, with Canada in third place on 16.