Covishield recipients who are ‘Covid naive’ at higher risk from Omicron: Study 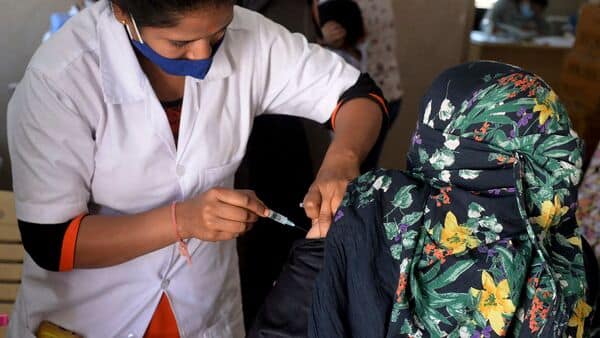 Beneficiaries who have received both doses of the Covidshield vaccine but have no history of Covid-19 possess the least neutralizing power against Omicron’s BA.1 variant, as compared to patients who have recovered from the infection and also inoculated, reported The Times of India, quoting a study.

Conducted by the ICMR-National Institute of Virology (ICMR-NIV), the study points toward the need for people to get booster doses as early as possible.

For the purpose of the research, serum samples were collected from 24 people who had never contacted Covid 180 days after they were administered with the second dose of Covishield. In addition to this, 17 people who had earlier recovered from Covid and were vaccinated with two doses of Covishield also gave their samples.

In the third group, 46 people who got SARS-CoV-2 breakthrough infection after two doses of Covishield were included. The serum samples of the third group were collected 14-30 days after their infection and out of the total, the complete genome could be retrieved in only 21 cases.

Researchers found that all samples neutralized B.1, Beta and Delta variants more effectively than Omicron.

However, the average concentration of neutralising antibodies in the samples of Covid naive were found to be lowest against Omicron — at 0.11, while it was 11.28 and 26.25 in case of breakthrough cases.

“With the highest mutations in the spike region, Omicron also showed better immune escape in breakthrough cases that involved Delta than other variants. Breakthrough cases jabbed with Covishield, however, had highest neutralizing antibodies against all variants studied, than recovered and Covid-naïve vaccinated individuals,” a scientist was quoted as saying.

The NIV had earlier also stated after a study that the antibody level of the double dose of the Covid vaccine waned after six months with regard to the Omicron variant.

The study involved three cohorts – a heterologous group with 18 individuals who were inadvertently administered the first dose of Covishield and the second dose of Covaxin in Uttar Pradesh and the other two groups comprising 40 individuals each receiving two doses of homologous Covishield or Covaxin.

It said that the heterologous vaccination regimen of administering the first dose of Covishield, followed by the second dose of Covaxin gave a neutralising response against Delta and other variants of concern.

However, with regard to the Omicron variant of coronavirus, there was a reduction seen in neutralizing antibody levels in all cohorts.