Could Monkeypox become the next pandemic? WHO meeting today 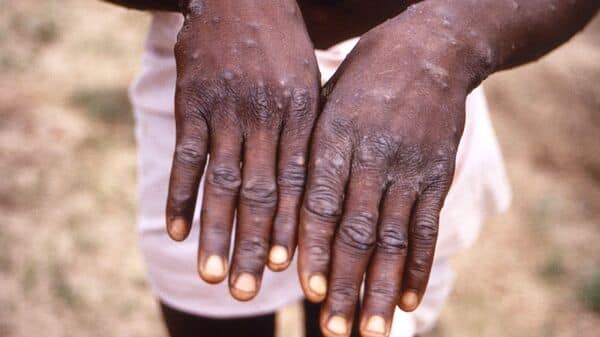 The WHO would hold an emergency meeting on June 23 to determine whether to classify the global monkeypox outbreak as a public health emergency of international concern.

“The outbreak of monkeypox is unusual and concerning. For that reason I have decided to convene the Emergency Committee under the international health regulations next week, to assess whether this outbreak represents a public health emergency of international concern,” World Health Organization chief Tedros Adhanom Ghebreyesus had told journalists.

Currently there 3,417 confirmed Monkeypox cases reported across 58 countries and it is rapidly expanding across multiple continents.

The outbreak is rapidly expanding across multiple continents and will not stop without concerted global action, it said in a statement.

Also Read: WHO issues Monkeypox vaccination advisory: Who and when you should get the jab?

Monkeypox and smallpox come from the same virus family, called Orthopoxvirus. Monkeypox is a viral infection that originated in rodents and primates and transmitted to people. It was found in Africa, mostly around tropical rainforest regions but has now spreading across the world especially in Western countries. According to WHO, Monkeypox typically presents clinically with fever, rash and swollen lymph nodes and may lead to a range of medical complications. Monkeypox is usually a self-limited disease with symptoms lasting from 2 to 4 weeks.

The Biden administration has started shipping monkeypox tests to commercial laboratories, in a bid to speed diagnoses for suspected infections for the virus that has already infected at least 142 people in the US.

British health officials have said will start offering vaccines to some men who have sex with men and are at the highest risk of catching monkeypox.

The WHO had last week issued an advisory for the vaccination against the virus.

Here are the guideline on monkeypox vaccination:

Mass vaccination is not required nor recommended for monkeypox at this time.

For contacts of cases, post-exposure prophylaxis (PEP) is recommended with an appropriate second- or third-generation vaccine, ideally within four days of first exposure to prevent onset of disease.

Pre-exposure prophylaxis (PrEP) is recommended for health workers at risk, laboratory personnel working with orthopoxviruses, clinical laboratory staff performing diagnostic testing for monkeypox, and others who may be at risk as per national policy.

Vaccination programmes must be backed by thorough surveillance and contact-tracing, and accompanied by a strong information campaign, robust pharmacovigilance, ideally in the context of collaborative vaccine effectiveness studies with standardized protocols and data collection tools.

Decisions on use of smallpox or monkeypox vaccines should be based on a full assessment of risks and benefits on a case-by-case basis.

Meanwhile, WHO is also weighing an official name change for monkeypox, in light of concerns about stigma and racism surrounding the virus.

More than 30 international scientists said last week that the monkeypox label is discriminatory and stigmatizing, and there’s an “urgent” need to rename it. The current name doesn’t fit with WHO guidelines that recommend avoiding geographic regions and animal names, a spokesperson said.