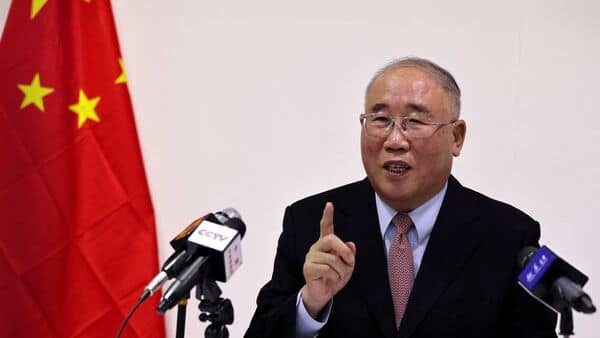 Xie Zhenhua, China’s climate envoy, stated on Wednesday at the United Nations COP27 climate summit in Egypt that China would be willing to contribute to a mechanism for compensating poorer countries for losses and damage brought on by climate change.

Xie acknowledged that China was under no obligation to take part, but he emphasised his solidarity with those calling for more robust action on the issue from wealthy countries and described the harm that climate-related weather extremes had caused to China.

“We strongly support the claims from developing countries, especially the most vulnerable countries, for claiming loss and damage compensation because China is also a developing country and we also suffered a lot from extreme weather events,” Xie said, speaking through a translator.

“It is not the obligation of China but we are willing to make our contribution and make our effort,” Xie added.

Despite having the second-largest economy in the world, China is classified as a developing nation by the World Trade Organization.

China should contribute its own money to loss and damage, according to Special Envoy John Kerry of the United States, who told reporters last month, “especially if they think they’re going to continue to go on to the next 30 years with increasing their emissions,” according to Politico.

Xie said that Kerry, “his friend for 25 years”, had not raised this issue with him during informal talks at the climate conference this week. He added that China already contributed billions of yuan to developing countries to help with their mitigation efforts.

John Podesta, a White House adviser, told reporters in Egypt that China should incorporate its formal climate pledges to include its plans to reduce methane emissions, which are currently not included in its contribution to the 2015 Paris Agreement to avert catastrophic climate change.

“I think that would be a good thing for the system and the integrity of the Paris agreement,” Podesta said.

Despite announcing a deal with the US at COP26 in Glasgow last year to cooperate on climate change, China said it would halt all climate dialogue with Washington after US House Speaker Nancy Pelosi’s trip to Taiwan this August.

In a separate speech on Wednesday, Kerry emphasised the importance of cooperation with Beijing in order to reduce methane emissions in order to keep the increase in global temperatures to 1.5 degrees Celsius (34.7°F).

However, he claimed that the climate relationship with China was still not fully restored and that Pelosi’s visit caused the cancellation of a “major negotiating session” before COP27.

Xie on Wednesday said that visit had “hurt Chinese people’s feelings”, but noted that informal discussions and personal correspondence with US delegates continued.”

“The door is absolutely closed by (the United States),” he said. “It is we, China, who are trying to open it.”

Expert on China-US relations Da Wei from Tsinghua University in Beijing said on Wednesday at a Carnegie Endowment for International Peace event that if Chinese President Xi Jinping and US President Joe Biden meet during the upcoming Group of 20 summit in Indonesia, senior official dialogues between the two countries should be stepped up.

“For instance, dialogue over climate change – I think that would be a victory,” Da said.

On Tuesday, the prime minister of island nation Antigua and Barbuda had said that highly polluting emerging economies including China and India should pay into a climate compensation fund to help countries rebuild after climate change-driven disasters.