More
HomeNewsClimate change increased probability of heatwaves by a factor of 30: WWA...
News

Climate change increased probability of heatwaves by a factor of 30: WWA study 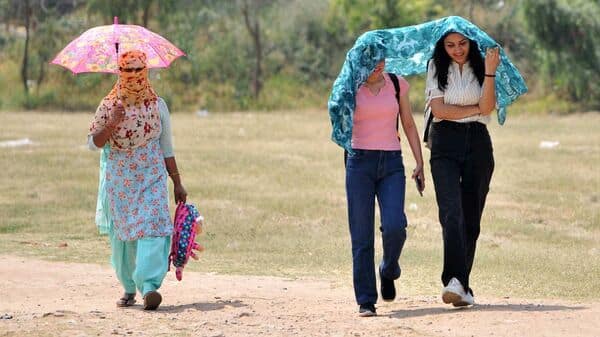 According to a new study by World Weather Attribution (WWA) on ‘The impact of Climate Change on the heatwaves in India and Pakistan’, the 2022 heatwave is estimated to have led to at least 90 deaths and triggered an extreme glacial lake outburst flood in northern Pakistan and forest fires in India.

Because of climate change, the probability of an event such as that in 2022 has increased by a factor of about 30. The same event would have been about 1 degree Celsius cooler in a pre-industrial climate.

“With future warming of the climate, heatwaves will become more common and hotter. If global mean temperature reaches 2°C, heatwaves would be two to twenty times more probable and would be 0.5 to 1.5 degree warmer than what we have seen in the 2022 heatwave event,” said Dr Krishna Achutarao, Professor, Indian Institute of Technology Delhi.

“In Pakistan and India, extreme heat hits hardest for people who must go outside to earn a daily wage (e.g. street vendors, construction and farm workers, traffic police), and consequently lack access to consistent electricity and cooling at home, limiting their options to cope with prolonged heat stress,” the report said.

“Adaptation to extreme heat can be effective at reducing mortality. Heat Action Plans that include early warning and early action, awareness raising and behaviour changing messaging, and supportive public services can reduce mortality. Indian government has rolled out of these has been remarkable, now covering 130 cities and towns,” the report said.

The month of March was the hottest in India since records began 122 years ago, according to the Indian Meteorological Department (IMD).

Around 300 large forest fires occurred in the country on April 28, a third of which happened in Uttarakhand, India.

The extreme heatwave hit at the critical time, the final period of the growing season, causing extensive impacts on the agricultural sector.

Extreme heat impacts productivity, cascading economic output and has the potential to exacerbate poverty. “The populations of India and Pakistan are especially vulnerable to extreme heat notably because about 60% of India’s workforce and about 40% of workers in Pakistan are in agriculture, where the bulk of labour is outdoors leaving millions of people with the difficult choice of working during dangerous heat or forgoing their livelihoods,” the report warned.

A particularly notable effect of these uncharacteristically early and prolonged hot conditions caused impact on wheat crops and yields in the wheat-growing regions of Northwest India, and Southern Pakistan, where the wheat harvest season lasts from February through May.

“Initial numbers indicate a 20% shortfall in all-India wheat yield this year due to terminal heat and heat waves. An export ban on wheat from India (starting May 13) based on concerns about domestic food security is already putting further stress on global food prices and food security in a tight market given the war in Ukraine,” the report