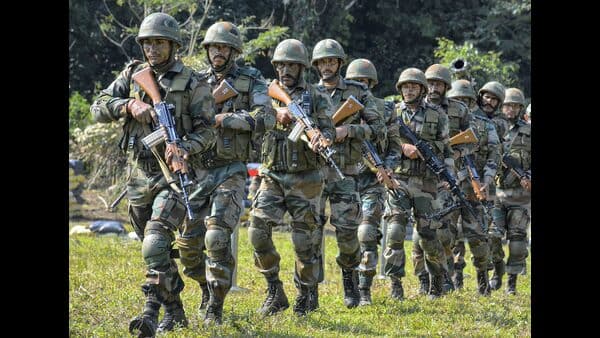 New Delhi: China’s action in the eastern sector of the Line of Actual Control (LAC) is aimed at exercising influence in areas that were not even patrolled by Chinese troops in the past while denying space to India on high-ridge lines, people familiar with the matter said on Tuesday.

The move by the People’s Liberation Army (PLA) is also aimed at probing Indian defences along the disputed border in Arunachal Pradesh, though this was anticipated by the Indian security establishment for some time—which is what helped beat back the attempted transgression in Yangtse area on 9 December, the people said.

Indian and Chinese troops were injured in a scuffle on Friday when the Indian Army prevented the PLA from transgressing into Indian territory, defence minister Rajnath Singh told Parliament on Tuesday.

He said the PLA troops attempted to “transgress the LAC in Yangtse area of Tawang sector and unilaterally change the status quo”.

The people cited above, familiar with relations with China and the handling of several standoffs on the LAC, said China’s leadership would have signed off on Friday’s action by the PLA at the highest levels and that the incident cannot be seen as a sudden skirmish or flare-up.

“There appears to have been a decision to push the Indian defences and to try and gain as many heights as possible in the four- to five-year window during which the Indian side can further bolster its position all along the LAC,” one of the people said.

“There is also a consistent pattern of the Chinese side trying to exercise de jure influence in areas that it claims but which Chinese troops were not patrolling earlier,” they added.

China’s new Land Borders Law, which came into force in January 2022, makes it the sovereign duty of the PLA, the armed police and other authorities to protect and integrate border areas, the people said. This law includes a legal obligation for the military to patrol up to the maximum amount possible in disputed areas.

Unlike the western sector of the LAC in Ladakh, where China pushes its 1959 claim line, Beijing treats the McMahon Line—drawn by British negotiator Henry McMahon in 1914 —as the LAC in the eastern sector.

The problem, the people said, was that the border line as framed by McMahon was so thick that perceptions of the LAC can vary by as much as 3 to 4 km on a large map.

The Indian side perceives the highest watershed at the border line while the Chinese side’s efforts now appear to be aimed at occupying high ridge lines and denying the Indian side any strategic space, the people said.

“The effort is to take the commanding heights since only one side can be at the top of the ridge,” one of the people said, pointing to reports that the latest PLA action was aimed at capturing a 17,000-foot peak that is now held by India and offers a clear view of both sides of the LAC.