HomeBusinessCheque Rule Change: If the minimum balance is not maintained, the cheque...
Business

Cheque Rule Change: If the minimum balance is not maintained, the cheque will bounce.

Cheque Rule Change: The apex bank brought in this change to try and make the customer’s life easier through the use of the 24/7 facilities of RTGS, NACH. 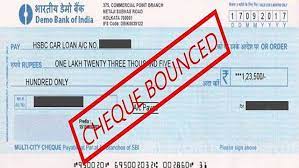 According to a notice issued by the Reserve Bank of India (RBI) in Early August, customers whose financial activities revolve heavily around cheques and or those who even plan to use cheques will have to ensure a minimum bank balance.

The new set of rules, which took effect on August 1, 2021, states that customers who plan to issue cheques need to ensure that there are sufficient funds in the bank accounts to do so.

If this minimum balance is not maintained, the cheque will bounce. In addition to this, the customer who issued the cheque may also have to pay a penalty fee. Along with these changes, the RBI announced that the National Automated Clearing House (NACH) will be operational 24 hours a day.

These changes came into effect on August 1, across all national as well as private banks. The rule change was brought in to make the process of clearing the cheques a faster and generally smoother one.

Since the new rule ensures that NACH will be operational on all days of the week, this means that Sundays will also be a day on which the entity can process and clear a cheque.

Now, this process does have the advantage of being less time consuming as you do not have to wait till the following week to see your cheque cleared and can conduct your transactional business whenever you wish. However, the caveat is that you need to maintain your bank balance and keep it at a certain sum amount.

Due to the faster processing speed and the lack of an interim such as a weekend or Sunday, the likelihood of cheques bouncing goes up as that buffer of one day is eliminated. When the cheque does bounce, you will have to pay a fine.

Earlier, customers had no need to worry about this issue as they had Sunday at the least, but with the new rule change, a new dynamic was introduced as to how we conduct our banking transactions.

It should be noted that NACH being open and operational 24/7 not only applies to weekdays and weekends but also holidays. This allows the entity to provide citizens with a whole host of other facilities.

NACH is essentially a bulk payment system that is operated by the National Payments Corporation of India (NCPI). As a result, the entity handles a wide variety of transactions such as salaries, pensions, interest, dividends, etc.

NACH also acts as a facility through which the average citizen can pay their various bills such as those for water, electricity, gas, phone bills, loan EMI, mutual fund investments and insurance premiums to name a few.

The biggest advantage of all these services opening up means that even on a holiday citizens can finish paying their due bills without the risk of a delay or lapse of the deadline.

NACH is essentially a centralised system, that was put into play with the intent to consolidate several ECS systems running across the country under one name or entity. This would provide a framework for the standardisation of practices.

It was also put into place with the intent to remove local barriers and inhibitors. The system under NACH was aimed at making a footprint or impact on a national scale that would cover the entire core banking system. This would enable banks and their branches that were spread across the nation, regardless of their location.

The reason that the apex bank brought in this rule change was to try and make the customer’s life easier through the use of the 24/7 facilities of RTGS, NACH. Since its establishment, the entity has emerged as a popular mode of direct benefit transfer (DBT) to beneficiaries.

This system was particularly useful during the Covid-19 pandemic when the government had to undertake the task of transferring subsidies. To sum up, keep these rule changes in mind when conducting your banking business going forward.

Check out these 5 tips on how to reduce your home loan interest rate.

These four private sectors banks are currently offering the highest rate of return on 3 year-FD.

Vaccine for Kids: Here’s everything you need to know about.