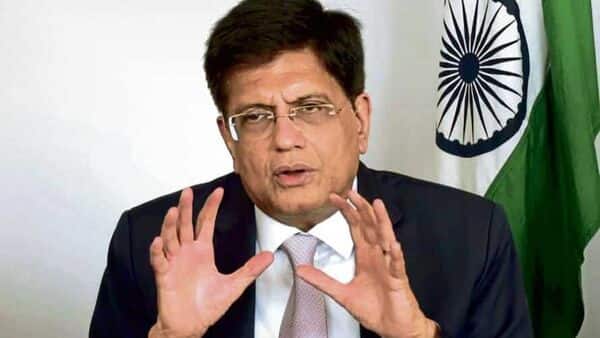 BENGALURU : The Centre has decided to restore rice procurement operations in Central pool in Telangana after assurances from the state government of action against defaulters, food and public distribution minister Piyush Goyal said on Thursday.

He highlighted that the Telangana government did not distribute ration to the poor in the month of April and May under Pradhan Mantri Gareeb Kalyan Ann Yojana (PMGKAY) despite repeated reminders from the Centre.

The Civil Supplies department of Government of Telangana had lifted raw rice for distribution under the Pradhan Mantri Garib Kalyan Anna Yojana (PMGKAY) Phase – VI scheme starting from April 2022, however, the same was not distributed among the beneficiaries till the start of the month of June. Further, the State Government was also not taking proactive action in processing applications for establishment of distilleries in the State, for manufacturing of Ethanol.

“Due to inaction on the part of State Government on above issues, it was decided to stop the delivery of Rice in Central Pool with effect from June 7 in Telangana till the initiation of any concrete action by the State Government…The Government of Telangana has now informed that they have initiated action against the defaulter millers and requisite action will be completed against all the defaulter millers,” said Goyal.

The Union government had in March announced a six month extension of the PMGKAY, a scheme that provides 5kg of free foodgrains to 800 million households to insultate the poor during the pandemic. The additional free grains is over and above the normal quota provided under the National Food Security Act (NFSA), which provides 25 kg of foodgrain at a highly subsidised rate of ₹2 per kg.

Further, Chief Secretary, Telangana has intimated that the distribution of raw rice under PMGKAY Phase – VI scheme has been started and assured to distribute the entire allocated quantity along with National Food Security Act, said Goyal. The State government has also taken steps by issuing instructions to process the applications received for establishment of distilleries for manufacturing of Ethanol, he added.

The Union minister further said that in view of the assurances and follow up action by the state governemnt and in order to safeguard the interest of the farmers and milling industry, Government of India has now restored the delivery of Rice under the central pool. The government of India is always dedicated towards protecting the interest of the farmers and fully committed for their welfare