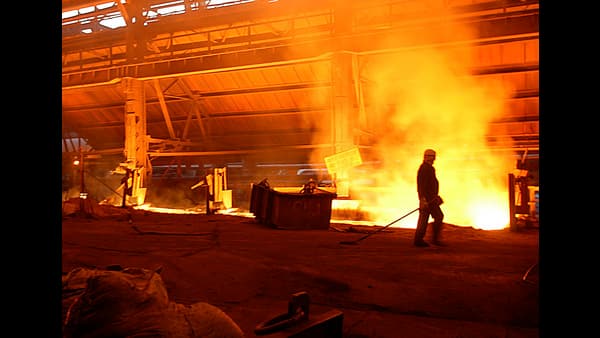 New Delhi: In a big relief to the steel sector, the Finance Ministry has scrapped the 15% export tax it had previously imposed on several steel products to improve its availability in the domestic market and tame prices.

In a notification issued, the Finance Ministry said that the amendments have been made “on being satisfied that it is necessary in the public interest to do so”.

Mint had reported in September that the government may soon notify changes in duty structure for the steel sector that could see export levy falling for certain products while being completely withdrawn from others.

As per the Finance Ministry notification, the 15% export tax on several steel intermediates has been abolished while duty on high-grade iron ore has been cut from 50% to 30% while completely withdrawn for lower grades below 58% iron content.

“It will be a big sentimental booster to revive domestic steel demand particularly when the global steel demand is on the steep decline,” said Seshagiri Rao, joint MD, JSW Steel & Group CFO.

“The domestic prices, however, should not increase further for benefit of MSME users,” said EEPC India.

“It ties up very well with the theme of increasing India’s export competitiveness across product categories in order to achieve the export targets set up by the Government,” said MS Mani, Partner, Deloitte India.

The duty revision will provide relief to the steel sector and help them tap the overseas market for their products amid flat domestic demand and the risk of available export opportunities also dying up over concerns of a looming recession in Europe and American markets.

These decisions were taken when, finished steel exports dropped 55% to 4 million tonnes between April and October, as large steel mills held back shipments after the raised export taxes by 15% in May on eight steel intermediates, hurting producers who had hoped to increase global market share after Russia was hit with sanctions following its invasion of Ukraine. Exports in October 2021 were 1.05 million tonnes, according to Steel Ministry data.

Sequentially, (October vs September) exports dipped nearly 40%. The decline was across all categories, including non-alloy , alloyed and stainless steel.