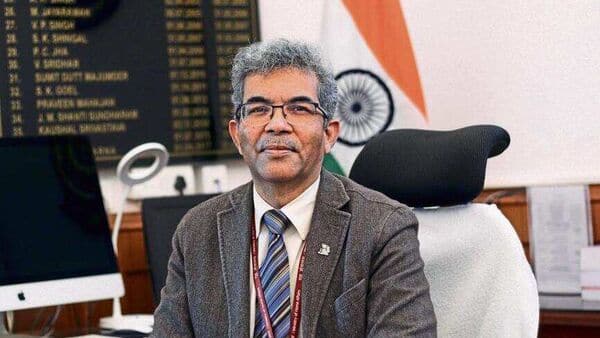 TAX PROBES, TAX COLLECTION, CBIC, NEW DELHI : The Central Board of Indirect Taxes and Customs (CBIC) will try to complete all tax investigations within a year to give certainty to taxpayers, while all tax collection measures will follow a modern and non-intrusive approach, CBIC chairman Vivek Johri said in an interview. Johri said the case for further goods and services tax (GST)  rationalization and correction of duty anomalies is sound, and the only question is about implementation timing. Edited excerpts:

CBIC, in recent weeks, brought several rule changes relating to arrests, summons and prosecutions to ensure tax officials use their authority more judiciously. So what is the new approach to compliance enforcement?

The intention is to impart more transparency in our (tax compliance) enforcement environment and impart more judiciousness when our officers take up enforcement cases. Also, the intention is to do it in a contemporary, modern sort of way where we do not resort to coercive methods or move on the presumption of mistrust of the taxpayer but to carry out an investigation in a professional manner. We had some guidelines under the central excise and service tax regime. But ever since the launch of Goods and Services Tax (GST), even though we relied on those guidelines, there were no codes or standard operating procedures or guidelines for enforcement activity under the GST law.

So we tried to codify a lot of things, and the three main areas which needed to be addressed as part of enforcement activity are issuing summons, exercising power to arrest and the kind of cases where criminal prosecution is to be initiated.

The government has also initiated de-criminalizing the law across the board. Some of the things we have done are part of that de-criminalization effort. What we have done is enhance the limits for, let us say, launching prosecution and arresting. That is why you would see that limits have been enhanced both under the GST and Customs laws.

Will the new norms reduce queries and summons from tax officials?

One of the highlights of what we have done is prescribing a sufficiently senior officer, a deputy commissioner or an assistant commissioner, whose approval is needed for issuing summons. That itself will bring more discipline to the way summons are issued. We have also said that if it is possible to seek information or documents through a simple letter, we should first try that out. Only if that does not evoke a response from the taxpayer should we issue the summons. The first thing we expect our officers to do is to issue a polite letter mentioning the documents needed for carrying out an investigation.

There are a lot of concerns that the trade keeps raising from time to time about the way documents and records are asked for, even where some of the records or documents are available with us or in the public domain, for example, the financials of a company. They are in the public domain if it is a listed company or the ministry of corporate affairs. Also, GST returns and copies of registration applications are available in the system.

We have prescribed in the guidelines that these kinds of records should not be called for as it adds to the burden of the taxpayer. Asking for such records is not okay. We also said one should also try and avoid summoning the senior-most management from a business entity directly. Only if one has some evidence that the information or the document one is looking for is available at that level and not with anybody down below in the company or organization should one take the step of summoning them (the company leadership). This tendency of directly summoning very senior management officials is something that we have asked them (officials) not to do.

Why were the norms relating to arrests modified?

One concern the industry has pertains to the exercise of the power of arrest by officers. We have said that officers have to evaluate the evidence they have about the person’s role in committing an offence. Unless you have at least reasonable evidence to begin with, or you feel the other person will tamper with the evidence or threaten the witnesses, you should not resort to arrests. These are two or three broad parameters which I think all laws in the country would prescribe, and we have reiterated those principles. The purpose is that the power of arrest should not be used indiscriminately, and a lot of care should be taken—after all, when you arrest a person, you are denying the person his personal liberty. So it (arrest) is quite an extreme step and should be taken with due responsibility and due diligence, and adequate safeguard.

In cases of technical nature, where there could be a difference of opinion between the taxpayer and the tax department on interpreting the law, we have advised not to resort to arrests. One of the things we have done is enhance the threshold for prosecution. Earlier it was ₹1 crore of duty evasion, which has been enhanced to ₹5 crore.

We now want the entire investigation activity to happen within prescribed timelines.

We have said we are monitoring the timelines for the competition of investigations and that prosecutions have to be launched within the given timeline. All milestones will be monitored, and we expect our officers to adhere to the timelines. On the customs side, apart from the applicability of these guidelines, we have enhanced the threshold limits both for arrests and prosecution.