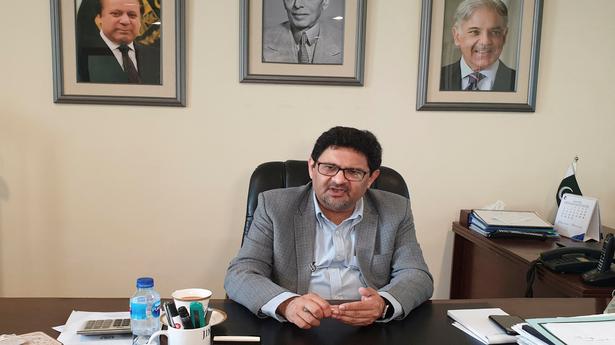 Pakistan’s foreign exchange reserves drying up fast and the currency at record lows against U.S. dollar

Pakistan’s foreign exchange reserves drying up fast and the currency at record lows against U.S. dollar

Cash-strapped Pakistan has secured a deal with the International Monetary Fund (IMF) to restore the stalled $6 billion assistance package and unlock doors for financing from other international sources, according to a media report on Wednesday.

The make or break deal was reached on Tuesday night following the IMF staff mission and the Pakistani team, led by Finance Minister Miftah Ismail, agreeing on an understanding on the 2022-23 budget after the authorities committed to generate Pakistani Rupees (PKR) Rs43,600 crore more taxes and increase petroleum levy gradually up to Rs50 per litre, the Dawn newspaper reported.

The extended fund facility package of $6 billion was agreed in July 2019 for a period of 39 months. So far only half of the promised money has been reimbursed. The revival of the facility will immediately provide access to $1 billion, which Pakistan badly needs to buttress its dwindling foreign exchange reserves.

Explained | The FATF and Pakistan’s position on its ‘grey list’

The IMF mission will finalise monetary targets with the State Bank over the next couple of days and, in the meantime, share the draft of a Memorandum of Economic and Financial Policy (MEFP).

The MEFP would also contain certain prior actions that would be necessary for implementation before the IMF board takes up Pakistan’s case for approval and the subsequent disbursement of about $1 billion next month.

“We have now locked the budget in consultation with the IMF,” Finance Minister Ismail told journalists, adding that all budget-related issues have been settled with the Fund.

Citing top government sources, the report said that to win over the global lender, the Pakistani side agreed to start charging on all petroleum products a petroleum development levy which will be gradually increased by Rs5 per month to reach a maximum of Rs50.

The sources said the IMF team will now finalise targets for net international reserves and net domestic assets, but everything on part of the agreement had been settled. The IMF team would share its draft MEFP with the government on Friday.

The coalition government led by Shehbaz Sharif has agreed to revise upward the annual tax collection target by almost Rs42,200 crore for the year 2022-23 by taking additional tax measures, in a bid to placate the technical team of the IMF.

Although the government shied away from unpopular tax measures for fear of political backlash in its first budget and pinned its hopes on achieving maximum revenue from higher than expected inflation and economic growth, the low revenue target did not go down well with the IMF, which asked Islamabad to take additional measures to make the revenue collection target more realistic.

The Fund’s preliminary estimates that additional measures will be needed were conveyed to the Finance Ministry soon after the announcement of the budget.

As part of the deal, the government also agreed to do away with provisions for additional salaries and pensions, for which Rs20,000 crore had been set aside as block allocation. Instead, a separate allocation of contingencies had been made but that would be strictly meant for emergencies like floods and earthquakes so that amount remains unspent.

Pakistan also committed to deliver a Rs15,200 crore primary budget surplus, which means the revenues would finance all expenditures – other than interest payments – and still leave a Rs15,200 crore surplus in the national kitty.