More
HomeSportsBundesliga Borussia Dortmund vs SC Freiburg LIVE Streaming: When and Where to...
Sports 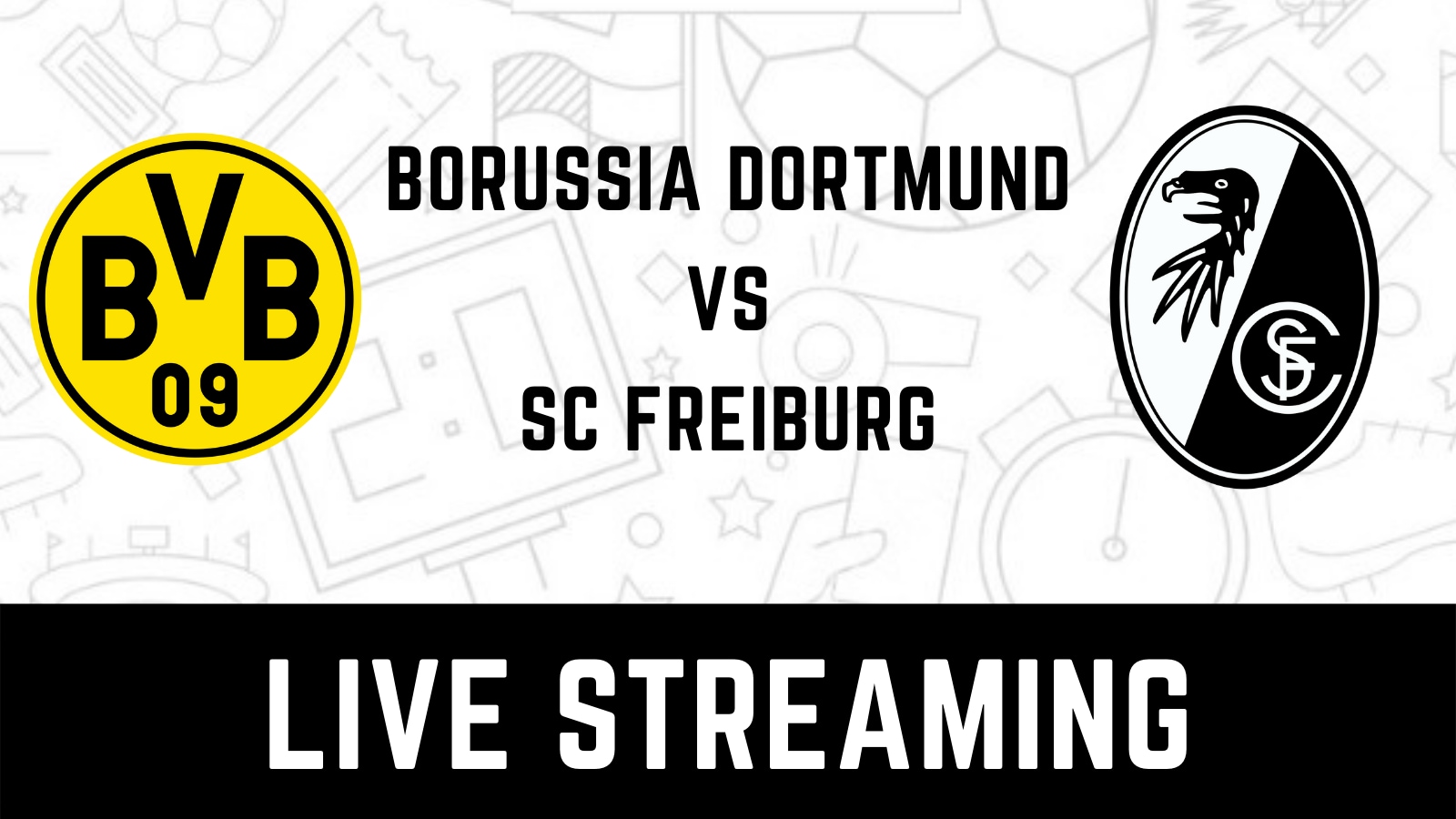 Borussia Dortmund will be aiming to move within three points of Bundesliga table-toppers Bayern Munich when they host SC Freiburg at the Signal Iduna Park on Saturday, from 01:00 AM IST onwards. The Marco Rose-coached side had an excellent start to 2022, as they came back from a 2-0 deficit to win 3-2 against Eintracht Frankfurt last Saturday. Their hard-fought victory helped them bridge the gap from league leader Bayern to six points while also serving as a morale-booster for the team after suffering major issues earlier this season. They will once again be handed the opportunity to momentarily plug the lead gap to just three points, but it will not be easy for Dortmund on Saturday. They will be facing this Bundesliga’s surprise package SC Freiburg, who have won eight, drew six and lost four from their 18 matches. Christian Streich’s wards’ improved run this season saw them collect 30 points and has left them fourth in the standings. Moreover, the visiting team have only lost one of their last five Bundesliga matches, their juggernaut also includes an impressive 2-1 triumph over Leverkusen before the winter break. However, they were held to a 2-2 draw by 17th ranked Arminia Bielefeld on their return to Bundesliga action last weekend.

It remains to be seen which team will come away with all three points in this crucial Bundesliga match-up. Fans here can get all the details as to When, Where and How to watch the Borussia Dortmund vs SC Freiburg Live Streaming Online and TV details.

Dortmund may enter the fixture without the services of Roman Burki, Manuel Akanji, Marcel Schmelzer, Luca Unbehaun and Mateu Morey for this match with Freiburg. While Dan-Axel Zagadou is expected to be in line for a position in the starting 11 following a positive COVID-19 test

What time is the Bundesliga Borussia Dortmund vs SC Freiburg kick-off?

The match is scheduled to take place on Saturday at 01:00 AM IST at the Signal Iduna Park.

What TV channel will show the Bundesliga Borussia Dortmund vs SC Freiburg match?

The Bundesliga matches will be broadcasted on Sony Network.

How can I stream the Bundesliga Borussia Dortmund vs SC Freiburg fixture?

The match between Borussia Dortmund and SC Freiburg will be live-streamed on the SonyLIV app.