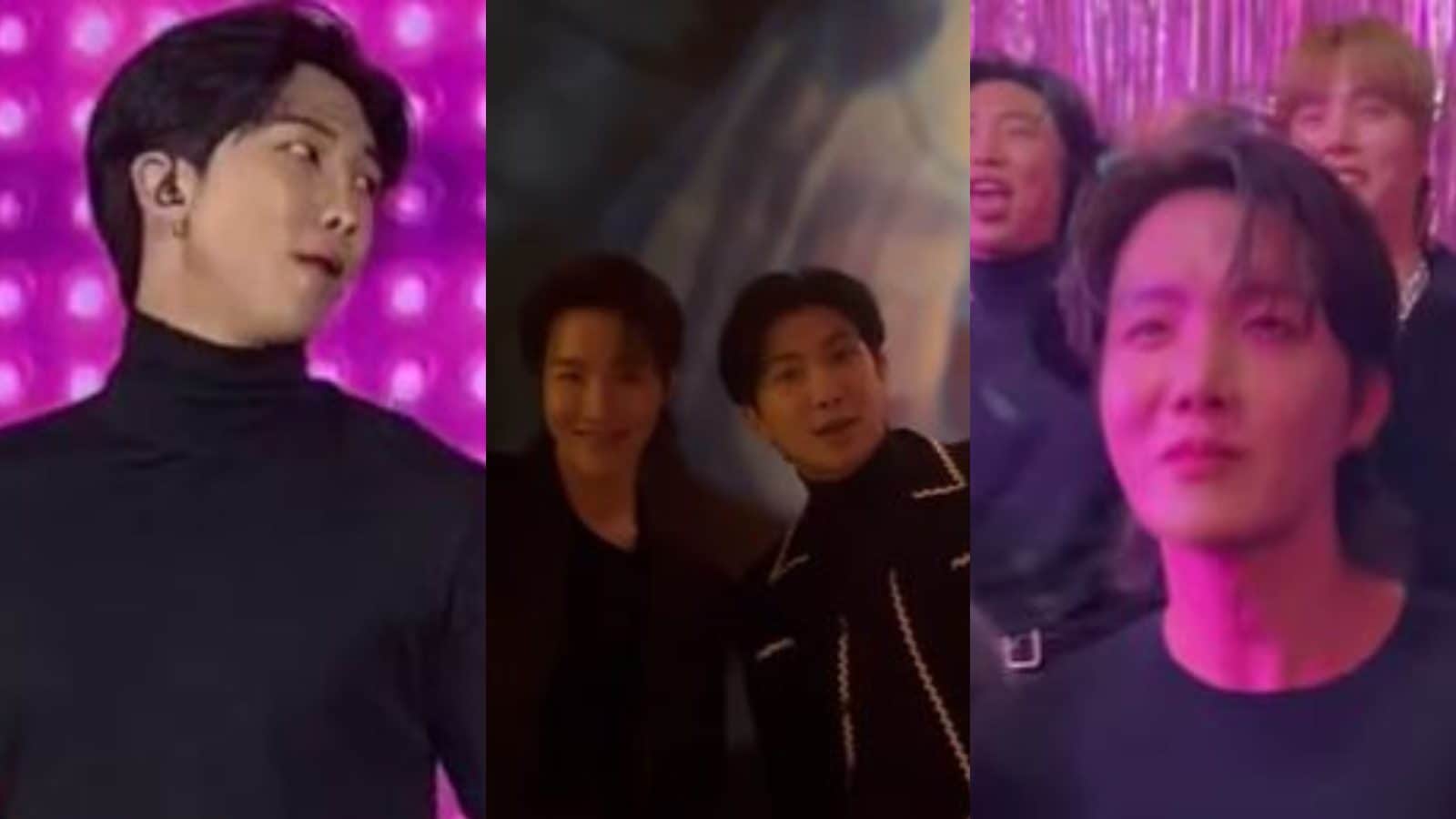 
It was in September when BTS leader Kim Namjoon aka RM released his new single Sexy Nukim by joining hands with the award-winning musical collective of Korea– Balming Tiger. Now, the BTS member’s impromptu performance on Sexy Nukim while attending an event has taken social media abuzz. The event in question was namely ‘Love Your W’ organized by W Korea magazine as a part of their 17th Breast Cancer Awareness Campaign. According to all Kpop, the two global stars made a surprise appearance during the event that was held on Friday, October 28.

RM and J-Hope aka Jung Hoseok’s surprising appearance garnered massive attention on social media. In addition to this, leader RM stole several hearts with his impromptu performance of Sexy Nukim with Balming Tiger. Just a few seconds into his performance, ARMY began recording snippets of the live show and shared them on social media. In multiple videos and photographs of RM that are doing the rounds on the internet, he is seen stealing umpteen hearts with his elegant all-black approach. He chose a black turtle neck T-shirt paired with matching formal shoes to grace the event. A barrage of fans gave a shoutout to his performance by hailing him as charming. In one of the videos, RM grooves on the mellow beats prompting the crowd to erupt in massive hoots and cheering. He continues to entertain by singing his portion of the track and garners the undivided attention of the viewers.

the phones all out filming. tannies are celebrities of celebrities pic.twitter.com/i8WYPpxd1U

all the cameras focused on him… pic.twitter.com/eor3pFZ53F

ALL THE PHONES OH MY GORBANSJWJS STOP LOOKING AT MY MAN AND RECORDING HIM pic.twitter.com/cquH62pi2L

Besides his performance on Sexy Nukim, several videos of RM and Hobi are doing the rounds of social media. One clip shows the two BTS members standing side by side and enjoying Jessi’s performance. Namjoon can also be seen showing the middle finger during the performance. One user wrote, “namjoon gave the energy needed for a jessi performance! middle finger a must in the book”

namjoon gave the energy needed for a jessi performance! middle finger a must in the book pic.twitter.com/bAPW06A9Cb