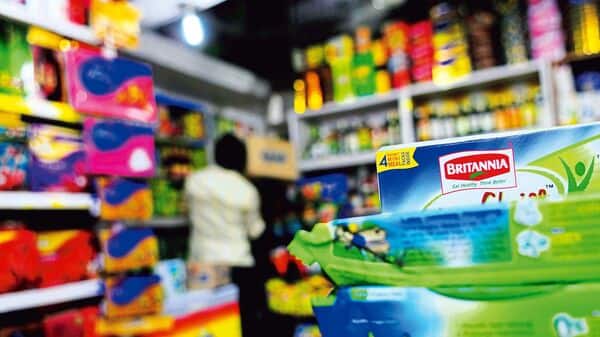 The biscuit and rusk maker reported a 8.74% jump in consolidated revenue from operations at ₹3,700.96 crore for the three months ended 30 June.

The prices of key inputs such as wheat and industrial fuel—vital to the bakery business—saw a steep sequential rise of 15-20%, the company said.

On the cost and profitability front, global factors continued to impact the economy, which led to a further surge in inflation during the quarter.

Gross margin declined by 169 basis points (bps) year-on-year and 123 bps quarter-on-quarter to 36.1%. A bps is one-hundredth of a percentage point.

“While we actioned necessary price increases to cover this, the full impact of price correction should reflect in the ensuing quarter. Further, a drop in prices of some of the commodities such as palm oil and crude, along with our intensified cost efficiency program, should help sustain and improve profitability in the coming quarters,” said Varun Berry, managing director, Britannia Industries Ltd.

The bakery industry is facing the brunt of inflation, with both wheat and palm oil prices on the boil.

However, Berry said commodity prices showed signs of cooling down towards the end of the quarter.

“The good news is that towards the end of the quarter, it (inflation) has come down to a lower level than what we saw during the quarter which points to the fact that maybe as we move forward, things could ease up a bit,” Berry said during the company’s post earnings call on Thursday.

Meanwhile, the company has continued to take price increases. “We’ve taken many necessary increases that are really not covering inflation at this point in time but a good part of this will be covered by Q2 of this year (FY23),” he added. The company has also accelerated cost efficiency programme across verticals.

On the distribution front, rural has been moving well for the company while e-commerce is the fastest growth channel for the maker of Good Day cookies. E-commerce is now 2.5% of the company’s total revenue; Britannia partnered with a consultant to help the company structure e-commerce to ensure efficient running of the channel, Berry said.

The company had 27,000 rural distributors as of the June quarter. The company has launched Biscafe, Bourbon Vanilla Cheesecake, Nutrichoice Seeds & Herbs during the quarter. It also announced the national roll-out of it croissant portfolio.