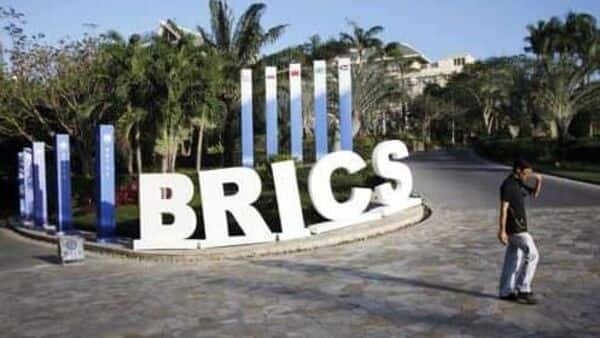 On Thursday, BRICS nations stressed the need for a comprehensive reform of the United Nations (UN) including its security council, with a view to making it more representative, effective, and efficient. Prime Minister Narendra Modi said, our mutual cooperation can make a useful contribution to post-Covid global recovery.

According to the Beijing Declaration of the virtual BRICS annual summit, China and Russia reiterated the importance they attach to the status and role of Brazil, India, and South Africa in international affairs and supported their aspiration to play a greater role in the UN.

As per the Ministry of Foreign Affairs of the People’s Republic of China, the Beijing Declaration said, ” we reiterate the importance of further enhancing BRICS solidarity and cooperation based on our common interests and key priorities, to further strengthen our strategic partnership.”

“We are glad to note that despite the COVID-19 pandemic and other challenges, BRICS countries in 2022 have jointly continued enhancing solidarity and deepening cooperation on, inter alia, economy, peace and security, people-to-people exchanges, public health, and sustainable development by holding a series of meetings and activities, and contributed to tangible outcomes of BRICS cooperation,” the declaration added.

Further, the declaration said, “we reiterate our commitment to multilateralism through upholding international law, including the purposes and principles enshrined in the Charter of the United Nations as its indispensable cornerstone, and to the central role of the United Nations in an international system in which sovereign states cooperate to maintain peace and security, advance sustainable development, ensure the promotion and protection of democracy, human rights and fundamental freedoms for all, and promoting cooperation based on the spirit of mutual respect, justice and equality.”

It added, “we appreciate the role of India and Brazil as members of the UN Security Council for 2021-2022 and 2022-2023 respectively. The presence of four BRICS countries in the UN Security Council provides an opportunity to further enhance the weight of our dialogue on the issue of international peace and security and for continued cooperation in areas of mutual interest, including through regular exchanges amongst our Permanent Mission to the United Nations and in other international fora.”

The BRICS nations recalled the UNGA Resolution 75/1 and reiterate the call for reforms of the principal organs of the United Nations.

They said, “we recommit to instill new life in the discussions on the reform of the UN Security Council and continue the work to revitalize the General Assembly and strengthen the Economic and Social Council.”

Adding they said, “We recall the 2005 World Summit Outcome document and reaffirm the need for a comprehensive reform of the UN, including its Security Council, with a view to making it more representative, effective, and efficient, and to increase the representation of the developing countries so that it can adequately respond to global challenges.”

“We stress that global economic governance is of critical importance for countries to ensure sustainable development and recall further our support for broadening and strengthening the participation of emerging markets and developing countries (EMDCs) in the international economic decision-making and norm-setting processes,” the declaration added.

Also, in the declaration, BRICS reiterated its support for G20’s leading role in global economic governance and underline that G20 shall remain intact and respond to current global challenges.

“We call upon the international community to foster partnerships while underlining that it is imperative to strengthen macro-policy coordination in driving the world economy out of the crisis and shaping a strong, sustainable, balanced, and inclusive post-pandemic economic recovery. We urge major developed countries to adopt responsible economic policies, while managing policy spillovers, to avoid severe impacts on developing countries,” it said.

Modi in his opening remarks at XIV BRICS Summit 2022 said, “Even though the scale of the epidemic has reduced globally than before, however many of its ill effects are still visible in the global economy,” adding, “Over the years, we have made a number of institutional reforms in BRICS, which have increased the effectiveness of this organization.”

The Indian PM said it is also a matter of happiness that the membership of our New Development Bank has also increased. He said, there are many areas where the lives of our citizens are getting directly benefitted from our mutual cooperation.