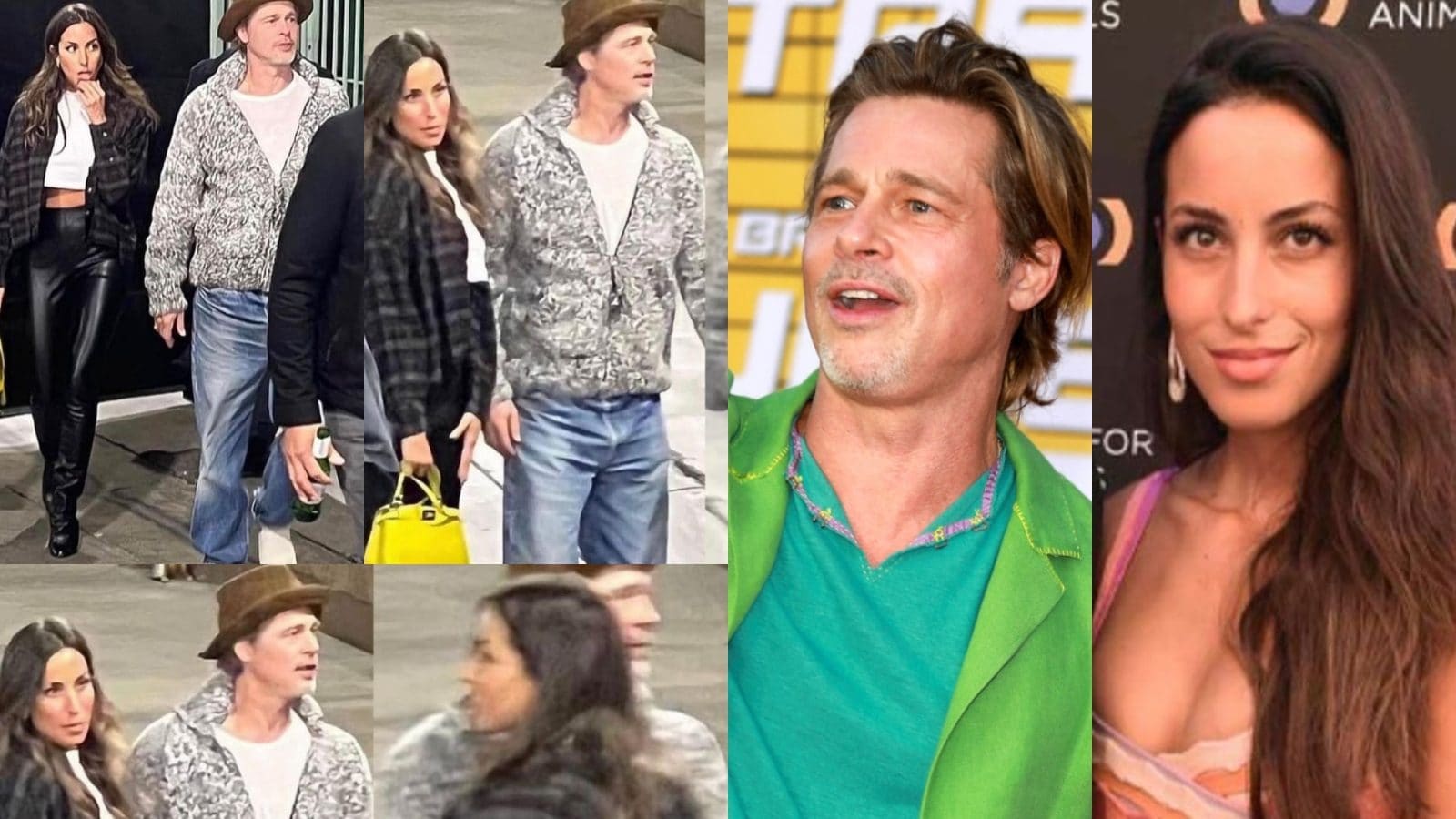 
Oscar-winning actor Brad Pitt’s latest public appearance with Paul Wesley’s estranged wife Ines de Ramon has sparked romance rumours online. The duo was spotted hanging out together on Sunday night at a Bono concert that took place in Los Angeles. According to a report by Dail Mail, the two arrived at the concert together at around 8 pm. In the photos obtained by the portal, Brad Pitt and Ines de Ramon met some of Pitt’s friends including Sean Penn, Cindy Crawford, and Rande Gerber.

If the report is to be believed, then Ramon, 29, and Pitt, 50, appeared to be extremely smitten by each other as they were photographed holding onto one another. For the casual outing, Pitt opted for casual jeans and a plain white t-shirt which was topped with a grey sweatshirt. The Bullet Train actor completed his off-duty look with a brown hat, meanwhile, Ines de Ramon was seen clad in a flannel paired with leather pants and a yellow statement purse. Pitt, who was previously linked with Emily Ratajkowski, seemingly cosied up with Ramon the entire time.

As per a PEOPLE.com report, Ines de Ramon and Brad Pitt, 58, have been “dating for a few months.” “Brad is really into” de Ramon, who separated from her husband, Vampire Diaries star Paul Wesley, earlier this year.

After the event, Pitt left in his Tesla, meanwhile, Ramon was reportedly escorted by the former’s bodyguard. It was back in September when Paul Wesley and de Ramon announced their separation after remaining married for three years. At the time, a representative of the couple told People, that the decision of the split was mutual, and it occurred almost 5 months before it was publicly announced. The duo who began dating back in 2018, tied the knot in a low-key amidst the presence of close friends and family members just a year later. At the time, their split was publicly confirmed, the two had already begun living separately. Now, it appears that the ex-couple has moved on in their lives, as the Vampire Dairies fame is now reported to be dating 22-year-old model Natalie Kuckenburg.

Meanwhile, Brad Pitt has refrained from talking about his dating life after being embroiled in a tumultuous divorce battle with ex-Angelina Jolie. Though the two have been legally separated since 2016, they are yet in a messy legal battle over the custody of their six children and some of their joint business ventures.