More
HomeBusinessBoard rooms get a splash of youth, diversity
Business

Board rooms get a splash of youth, diversity 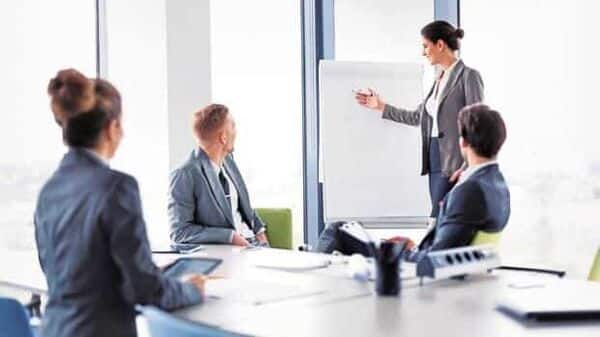 Indian boardrooms are getting younger and adding more women, suggests new data from the ministry of corporate affairs. Nearly a third of new directors registered in FY22 were 30 years old or younger, while 44% were in the age group of 31-45 years.

This is the first time the ministry has released such data, so making comparisons is difficult; however, experts said the youth and diversity of the Indian boardroom, partly driven by startups, is a trend that’s here to stay.

This comes against the backdrop of an increase in the number of company incorporations. In FY22, it rose 7.8% to just over 2.3 million, mostly private limited firms, as against 2.1 million in FY21.

“Primarily, the growth of startups in India with a significant push from the government and induction of next-gen promoters (in promoter-owned and controlled organizations) has driven this growth,” said Aparajit Bhattacharya, partner, DSK Legal.

Signs are that the boards are becoming more diverse, too. The age group of 31-45 years included six transgender directors, while 32% were women. The percentage for male (70%) and female (30%) board members was similar across age groups.

This marks a sharp narrowing of the gender divide. Data sourced from primeinfobase.com showed the share of women directors in NSE-listed firms improved from 15.1% to nearly 19% in the last five years. The global average is just 19.7%, according to Deloitte Global’s Women in the Boardroom report.

“Diversity has been a key feature in the constitution of the board as per regulatory and government expectation which implies gender as well as people from different skill sets and backgrounds participating in the functioning of the board,” said Rajesh Narain Gupta, managing partner, SNG & Partners. Historically, women’s participation in key management roles and on the board has been low, but this is steadily rising, he added.

Some states appear to be leading the charge to boardroom diversity. Tamil Nadu tops the charts with close to 36% share of new women directors registered in 2021-22, closely followed by Telangana (34%) and Delhi (33.4%). In all, 12 states had a share of women directors above 30%.

The ministry of corporate affairs, in a monthly review last October, acknowledged that the gender gap in the corporate sector is higher in the top positions but comparatively lower among independent directors.

The gender allocations as recommended by the Kotak Committee on corporate governance and the subsequent amendment could explain the relatively better gender balance in respect of independent directors, it said.

Following the recommendation of the Kotak Committee, market regulator Securities and Exchange Board of India (Sebi) had mandated the top 1,000 listed companies to have at least one female independent director by March 2020. The Companies Act, 2013, also mandated having at least one female member on the board of a certain class of companies.

“The reality is that similar policy decisions (not statutorily mandated) are yet to be implemented across corporate India to encourage representation of women in key management positions,” Bhattacharya noted.

“Having said that, times are changing. Gender equality and gender parity pay are being successfully implemented across various organizations and industry-sectors, including professional services firms,” Bhattacharya said.