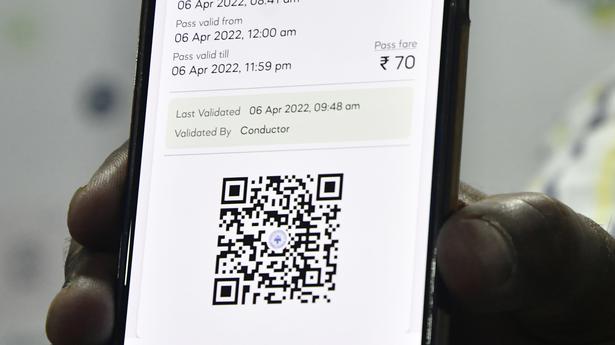 
Going digital has not just got passengers of Bangalore Metropolitan Transport Corporation (BMTC) buses happy, but it has also brought good tidings for the corporation. Buying daily, weekly and monthly passes has become easier for passengers since April with the introduction of ‘Tummoc’, a digital transportation app, and with its growing popularity, the corporation has been able to generate a revenue of ₹2.5 crore within 20 days of July.

Previously, daily passes had to be bought from conductors, and monthly passes from specific bus depots on specific dates only. The monthly passes could be availed of only by those who had BMTC ID cards. From July, this rule was done away with, and commuters can now use any kind of ID cards to get these passes. Even on the app, one can scan their ID cards and get passes. Vajra and Vayu Vajra (Volvo buses) passes can also be bought on the app.

“I was spending ₹70 every day on daily passes as I did not have time to stand in queues to get my monthly pass. For this, I always had to get change ready as most conductors used to get irritated if I gave them a ₹200 or ₹500 note. As I got to know about this app, I bought a monthly pass of ₹1,500 on July 1, and now I can happily travel everywhere in the city, even in AC buses, without worrying about having cash in my wallet”, said Sneha A., an MNC employee from Yelahanka.

“In May and June, I had noticed the QR code posters in some buses. But now it seems like all the buses have them. I take buses two or three days a week and I buy my daily passes on the app in the morning before leaving home. They have recently started cashback offers also,” said Naren K., from R.T. Nagar.

The BMTC sells around 15 lakh passes in a month, out of which, 50,000 passes have been bought digitally in July. The revenue from the app saw more than a ten fold increase between April and July as it went up from 21 lakh to 2.5 crore, according to Rajesh S., Chief Traffic Manager, BMTC. “Within just 20 days of this month, we have seen good numbers. We are expecting it to increase more than 10% this month”, he said.

He added that while the public response to the app is very good, bus conductors are also happy with the app. “We have given them QR codes and they are also put up in all buses,” Mr. Rajesh said.

“The only problem is that when the bus is crowded, it gets difficult for passengers to scan the QR code. Otherwise, it has made the job easier,” said a conductor on the Hebbal to Shivajinagar route.