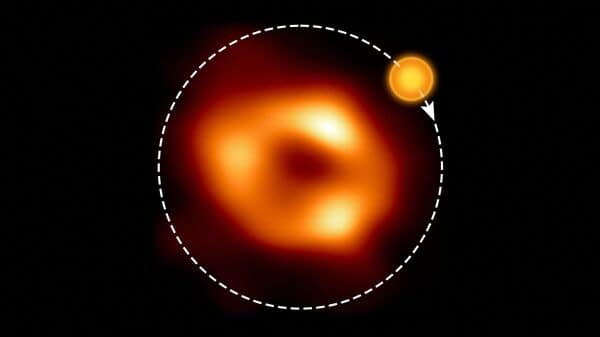 Black Holes, remain a concept solved and yet mysterious for the curious ones on Earth. While the astonishing idea was first announced in 1783 by John Michell, an English country parson, several black holes have been discovered throughout the universe till date.

In the latest findings that was published in the Monthly Notices of the Royal Astronomical Society, researchers have found the closest known black hole to Earth. That’s right! it is closer than we thought and bigger than the Sun.

The Black Hole that falls in the stellar-mass category has now caught the attention of researchers to understand the evolution of these extreme objects, that would not even let light pass through.

A black hole is a region of spacetime where gravity is so strong that nothing – no particles or even electromagnetic radiation such as light – can escape from it. The theory of general relativity predicts that a sufficiently compact mass can deform spacetime to form a black hole.

Astronomers used the Gemini North telescope on Hawai‘i, one of the twin telescopes of the International Gemini Observatory to make observations of the motion of the black hole’s companion, a Sun-like star that orbits the black hole at about the same distance as the Earth orbits the Sun.

The team originally identified the system as potentially hosting a black hole by analyzing data from the European Space Agency’s Gaia spacecraft and then used the Gemini Multi-Object Spectrograph instrument on Gemini North to identify the central body as a black hole roughly 10 times as massive as our Sun.

The team measured the velocity of the companion star as it orbited the black hole and provided a precise measurement of its orbital period.

Astronomers estimate that the progenitor star that later turned into the newly detected black hole would have lived only a few million years.