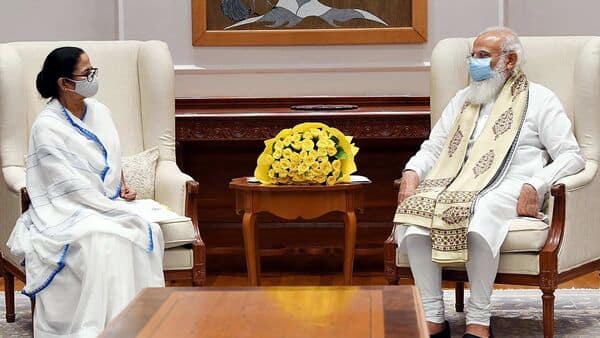 Former Meghalaya Governor Tathagata Roy on Friday brought a furore on Twitter when he tweeted about the “apprehensions” in West Bengal about a “secret setting” between Prime Minister Narendra Modi and West Bengal Chief Minister Mamata Banerjee.

“Kolkata is agog with apprehension of a ‘setting’. Which means a secret understanding between Modiji and Mamata, whereby the thieves of Trinamool and/or the murderers of BJP workers would go scot-free. Please convince us that there wud be no such ‘setting’” Tathagata Roy tweeted.

Kolkata is agog with apprehension of a ‘setting’. Which means a secret understanding between Modiji and Mamata, whereby the thieves of Trinamool and/or the murderers of BJP workers would go scot-free. Please convince us that there wud be no such ‘setting’ @narendramodi @PMOIndia

The tweet came amid a four-day visit of Mamata Banerjee to Delhi where she is scheduled to meet President Droupadi Murmu and Prime Minister Modi on Friday. Mamata Banerjee plans to take up multiple issues with the prime minister including GST dues for her state.

The visit of the chief minister comes amid unearthing of multi-crore teacher recruitment scam in West Bengal. Former West Bengal Industry Minister (who served as Education Minister at the time of the scam) Partha Chatterjee and his associate Arpita Mukherjee were arrested by Enforcement Directorate in the land scam case.

Mamata Banerjee suspended Partha Chaterjee from TMC adding that there will be zero tolerance to corruption.

The meeting is also interesting as former West Bengal Governor Jagdeep Dhankar is contesting the Vice-Presidential polls against the Opposition candidate, Margaret Alva. The TMC has decided to abstain from voting in the said election as it was not consulted before deciding the name of Margaret Alva.

Mamata Banerjee will also attend the meeting of governing council of NITI Aayog. The meeting has regularly been conducted since 2015 and this year issues related to agriculture, health and economy would be discussed in a meeting chaired by PM Modi.