Biocon gets US FDA observations, says it’s committed to quality 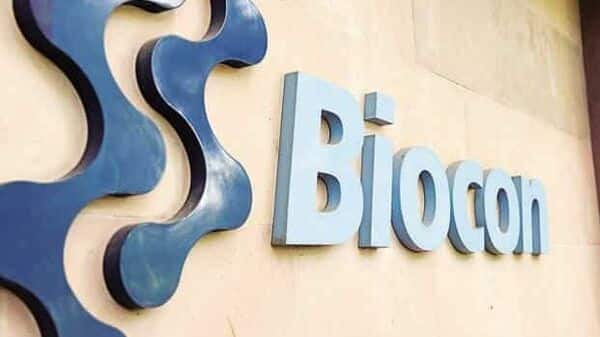 Biocon announced on July 21 that the US Food and Drug Administration (USFDA) had issued three observations following an inspection of its production facility in Telangana. In a regulatory filing, Biocon Ltd. stated that the US health authorities had completed a pre-approval examination for Site 3 in Hyderabad on July 20. The Bengaluru-based company stated that it was committed to the quality, safety, and efficacy of its products.

“Three observations were cited at the end of the inspection, which we will be addressing within the stipulated time,” it added.

The high court, however, directed the jail superintendent to hand over the custody of associate vice president of Biocon Biologics L Praveen Kumar, who was arrested on June 20 and presently lodged in judicial custody, to the CBI investigating officer (IO) till July 6.

It said the IO shall ensure that Praveen Kumar is produced before the concerned court by 12 noon on July 6, after which the trial court shall pass appropriate orders in accordance with the law.

The high court took into account that these four accused have already remained in police custody for a day and also the trial court’s June 21 and 23 orders.

“…it is apparent that as rightly observed vide the impugned order dated June 23, ample opportunities had been granted to the CBI to conduct the interrogation of the accused … Dr.S.Eswara Reddy, Gujit Sethi, Dinesh Dua, and Animesh Kumar, and as it is still open to the CBI to conduct further interrogation of the said accused persons and confront them with documents as well as electronic devices even during their being incarcerated in judicial custody after moving and seeking such permission from the magistrate concerned, thus the prayer made by the CBI seeking the grant of further police custody remand qua the accused persons, Reddy, Sethi, Dua, and Animesh Kumar is rejected,” Justice Anu Malhotra said in an order passed the late night on July 4.

The high court’s order came on a plea by CBI challenging the special court’s June 23 order by which the agency’s prayer seeking custody of all the accused persons was declined.

The accused were arrested in an alleged bribery case to waive phase-3 clinical trial of ‘Insulin Aspart’ injection of Biocon Biologics to manage Type 1 and Type 2 diabetes.

The CBI had arrested the accused in the case of alleged bribery to the tune of ₹nine lakh.

Biocon Biologics, a subsidiary of the Kiran Mazumdar Shaw-led Biocon, however, denied the allegations of bribery.

The agency had nabbed Reddy with a middleman while allegedly receiving ₹four lakh, out of the total promised bribe of ₹nine lakh.

It was alleged that Praveen Kumar had cleared the payment of ₹9 lakh as a bribe through Sethi who used to look after regulatory work for Biocon Biologics.

All the accused except Praveen Kumar were arrested from Delhi. He was brought to Delhi on transit remand from Bengaluru, CBI had said.

A spokesperson for Biocon Biologics had denied the allegations and said they were cooperating with the investigating agency.

“We deny the bribery allegations made in certain media stories. All our product approvals are legitimate and backed by science and clinical data. Our bAspart is approved in Europe and many other countries,” the spokesperson had said.

The CBI has alleged that Sethi, acting as a conduit for Biocon Biologics, conspired with Praveen Kumar, head of the company’s National Regulatory Affairs (NRA), and other senior executives of the company to pay Reddy a total bribe of ₹9 lakh.

This was for favourably recommending the file of Insulin Aspart Injection’ to the Subject Expert Committee (SEC) meeting on May 18, 2022, for waiving the Phase 3 clinical trial, it had alleged.