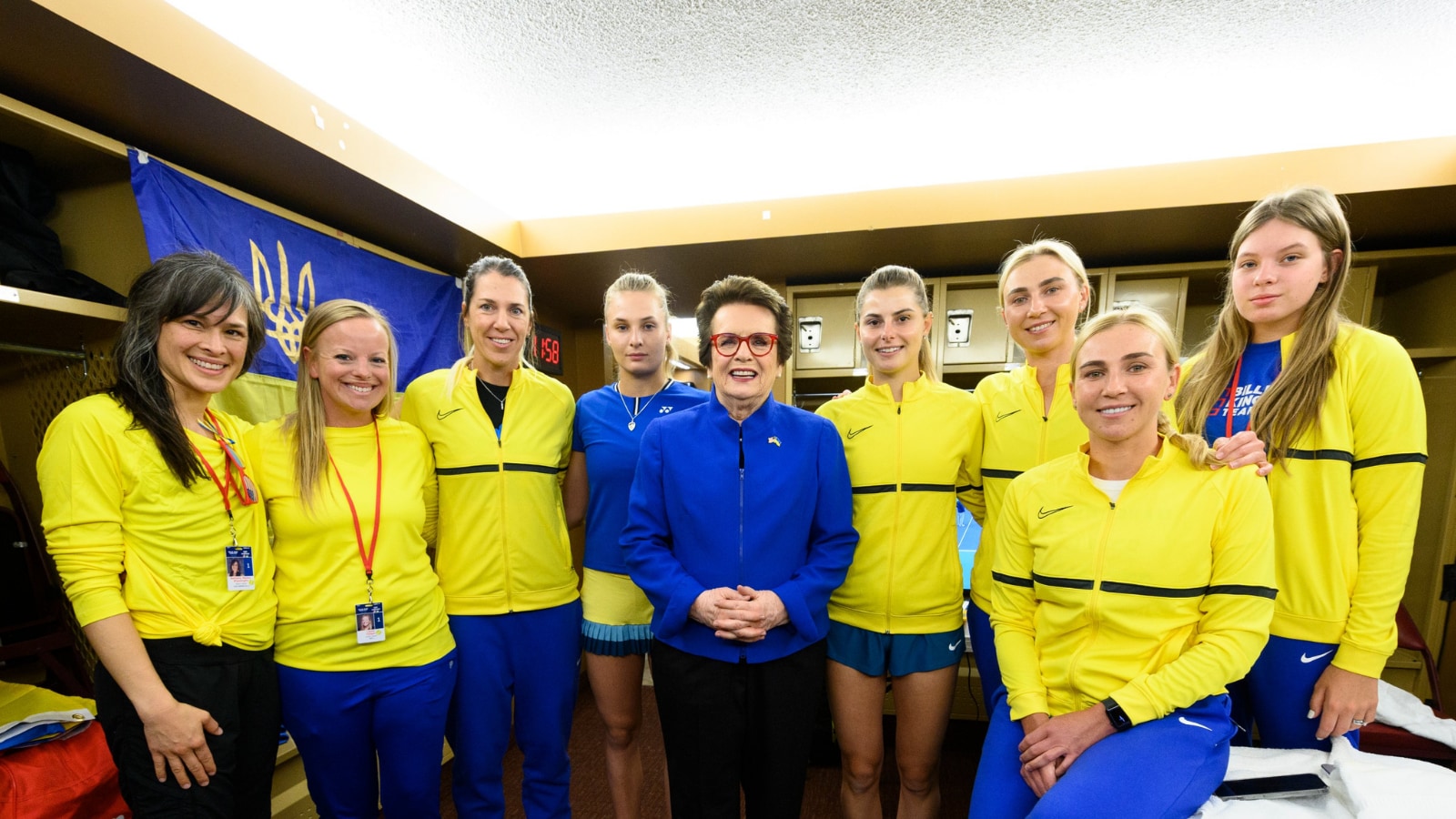 
Thoughts of the war in Ukraine were front and centre during an emotional opening ceremony for the Billie Jean King Cup qualifier tie between the United States and Ukraine in the North Carolina mountains on Friday.

As Kashirets, who was introduced as having a brother serving in the Ukraine military, belted out the anthem, players from the Ukrainian and United States teams flanked King as they stood on court.

Odesa-born world number 93 Dayana Yastremska was draped in a Ukrainian flag, while a tear rolled down her team mate Katarina Zavatska’s cheek.

A quarter of Ukraine’s 44 million people have been driven from their homes and thousands have died since Russia began its invasion of the country in February. Russia initially described its aims in Ukraine as disarming its neighbour and defeating nationalists there. Kyiv and its Western allies say those are bogus justifications for an unprovoked war of aggression.

The ceremony also included a moment of silence for the “people of Ukraine” after the stadium announcer said: “In this spirit we salute the courage and peace loving people of Ukraine and stand in solitary with them as they stand so bravely in the face of unprovoked aggression.”

Earlier in the week, Zavatska spoke about the difficulty of focusing on tennis as war raged back home.

“There is not one day we don’t think about it,” she said.

“Every day I’m calling my parents, my family, to ask if they’re alive. This is the reality right now.”

Following the ceremony, the two teams switched their focus to the tennis, which started with a marathon 30-point first set tiebreak that stretched for some 27 minutes before Alison Riske clinched the set over Yastremska.

It was the second-longest tiebreak in the history of the Cup.

Riske closed out the match 7-6(16) 7-5 to give the United States the opening rubber.

Jessica Pegula then beat Zavatska 6-2 6-1 to give the U.S. a 2-0 lead going into Saturday’s reverse singles and doubles.

The Billie Jean King Cup qualifier ties feature two singles matches on Friday followed by two on Saturday along with one doubles rubber.

The winners will seal a place in the finals in November, with the losers advancing to a playoff tie.

Belgium have already advanced to the finals after receiving a walkover over Belarus, who along with Russia are suspended from international team competitions in tennis.

Belarus is a key staging area for Russia’s invasion of Ukraine.