More
HomeBusinessBiggest CEO pay package so far? $835 million to the head of...
Business

Biggest CEO pay package so far? $835 million to the head of an ad-tech firm 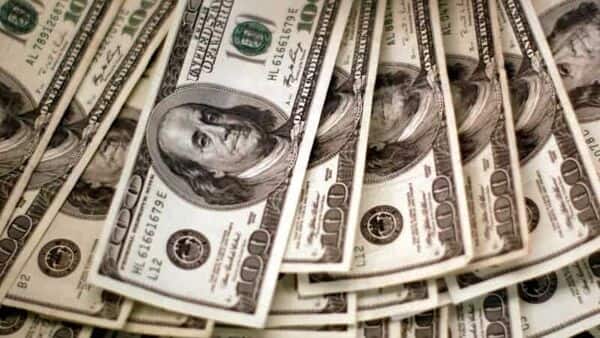 
The bulk of the pay package given to Chief Executive Jeff Green reflects a stock-option award that vests, or becomes exercisable, in eight batches if the company’s stock price rises significantly over the next decade, Trade Desk securities filings show.

The $835 million value that Trade Desk put on Mr. Green’s pay package surpasses those reported so far by all 358 S&P 500 companies that have disclosed 2021 compensation for their CEOs, according to data provided by MyLogIQ LLC. Trade Desk calculated the figure by modeling potential outcomes for the arrangement, it said in its filings.

“These are performance-based options, which vest at ambitious price targets,” a Trade Desk spokesman said. The board felt the option award aligns Mr. Green’s interests with those of other shareholders, he added.

“We have heard from our major investors that they are very supportive of this grant, as they stand to benefit significantly if these price thresholds are met,” the spokesman said.

“This certainly stands out in terms of the magnitude of the potential dollar amount,” said Ben Silverman, director of research at VerityData, which tracks insider stock transactions and evaluates unusual equity awards as potential signals for investors. Mr. Silverman said the executive’s significant stake in Trade Desk already gives him strong incentives to improve its share price, leaving investors to decide how meaningful the option award will prove.

Mr. Green can already exercise the first batch of options, on 2.4 million shares, the company said in its annual proxy statement, filed with the Securities and Exchange Commission last week. The company’s share price averaged at or above the tranche’s target price of $90 for exactly 30 consecutive trading days ending in mid-January—the duration required for vesting, market data and Trade Desk securities filings show.

If Mr. Green had exercised the options when they vested, while Trade Desk shares last averaged around $90, he would have received about $34 million in new shares.

Trade Desk shares have remained below $90 since Jan. 3. They closed at $62.03 on Monday, meaning it would cost Mr. Green more to exercise the newly vested options than the underlying shares are worth. Mr. Green may exercise the options into late 2031, and he must hold shares resulting from exercising them for at least a year after each batch vests, the company said in its filings.

Mr. Green hasn’t exercised any of the options included with the October grant, according to his disclosures with the SEC. He spent about $14.1 million to exercise about $52.9 million in other, older options, holding the resulting shares directly or through trusts and a foundation he controls, according to VerityData and securities filings.

The share-price targets unlocking the remainder of Mr. Green’s October options grant range from $115 a share, or about 85% above recent prices, to $340 a share, or more than five times Monday’s close.

If all seven remaining share-price targets are met, the company’s market capitalization would grow by $122.5 billion and Mr. Green would receive options yielding $1.8 billion to $5.2 billion in new shares, or 1.5% to 4.3% of the market-cap gain with current shares outstanding, depending on when he exercised the options. The number of shares Mr. Green can receive with each tranche can rise or fall by 20% depending on how the company’s shareholder return compares with that of the Nasdaq-100 index.

“Even if [Trade Desk] hits those very ambitious targets, it would be a very low-single-digit percentage for a founder and CEO who the board believes is integral to the company’s success to date and future growth agenda,” the company spokesman said.

Mr. Green co-founded Trade Desk after selling an early online advertising exchange he also founded to Microsoft Corp. in 2007. Trade Desk said that before he received the options award, Mr. Green signed the Giving Pledge, a campaign started by Bill Gates, his then-wife Melinda French Gates and Warren Buffett, that encourages the world’s richest individuals and couples to give more than half of their wealth to philanthropy or charitable causes, either during their lifetime or in their wills. The company said Mr. Green pledged to give away almost all of his wealth during his lifetime.

Trade Desk began trading on the public markets in 2016 at about $1.80 a share, adjusted for splits.