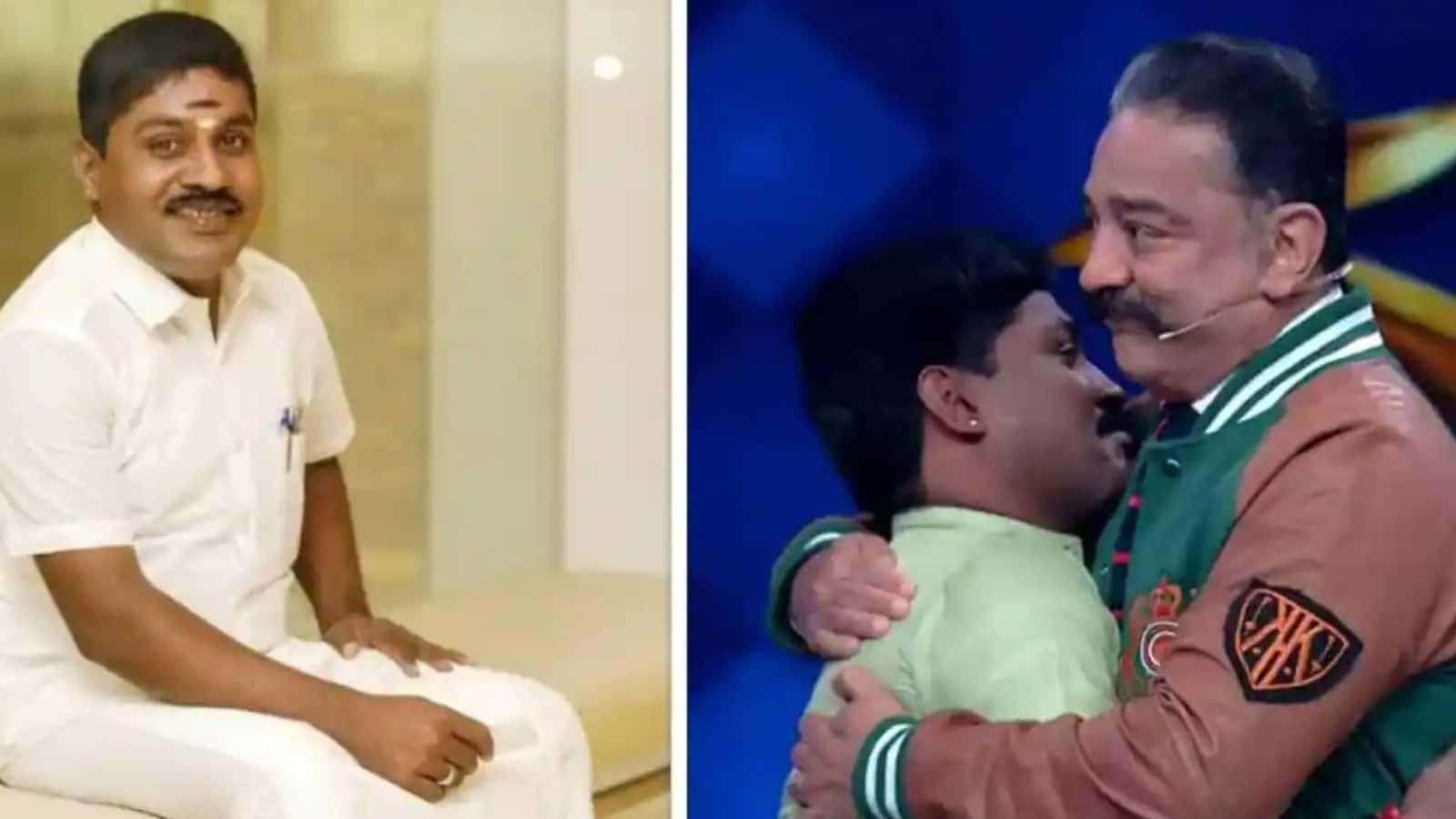 Host Kamal Haasan reminded Muthu of the support the audience is giving him.

Host Kamal Haasan reminded Muthu of the support he has received from the audience. GP Muthu said more than fame and money, his family was important to him.

Bigg Boss Tamil season 6 contestants are enjoying their time in the BB House with captaincy tasks. The Kamal Haasan hosted show has seen its first voluntary exit of the season, in GP Muthu. YouTube sensation GP Muthu left the show for his ailing son and family. Muthu communicated his interest to talk with Kamal Haasan last week. Kamal Haasan called GP Muthu to the confession room and asked him the reason for walking out of the show. The contestant cited his son’s poor health and revealed that he has never stayed away from his family.

Host Kamal Haasan reminded Muthu of the support the audience is giving him. GP Muthu said more than fame and money, his family was important to him.

Muthu was informed by Bigg Boss about his son’s health a few days ago. Muthu’s performance in the show started declining after he received the news. He was not actively participating in tasks. GP Muthu’s voluntary exit surprised his co-contestants who considered him a strong fighter. But do you know, the salary of GP Muthu in Bigg Boss? According to reports, he received Rs 15,000 per day.

The Saturday episode hosted by Kamal Haasan was a fiery one. In the show, Haasan condemned Azeem for his insensitive behaviour while supporting Vikraman.

Last week, 13 contestants out of the 21 were tasked to rank themselves based on their performances with their reason. The catch was contestants who occupy the first three positions will compete in the captaincy task. During the task, Azeem was seen behaving inappropriately and instigated other contestants not to participate.

Later Azeem apologised for his actions and said, “From my childhood, my parents and friends spoke about how my words hurt other people. I have controlled my anger 50 percent. I want to control it further. I have realised my mistake and apologised to Vikraman and Ayesha.’’