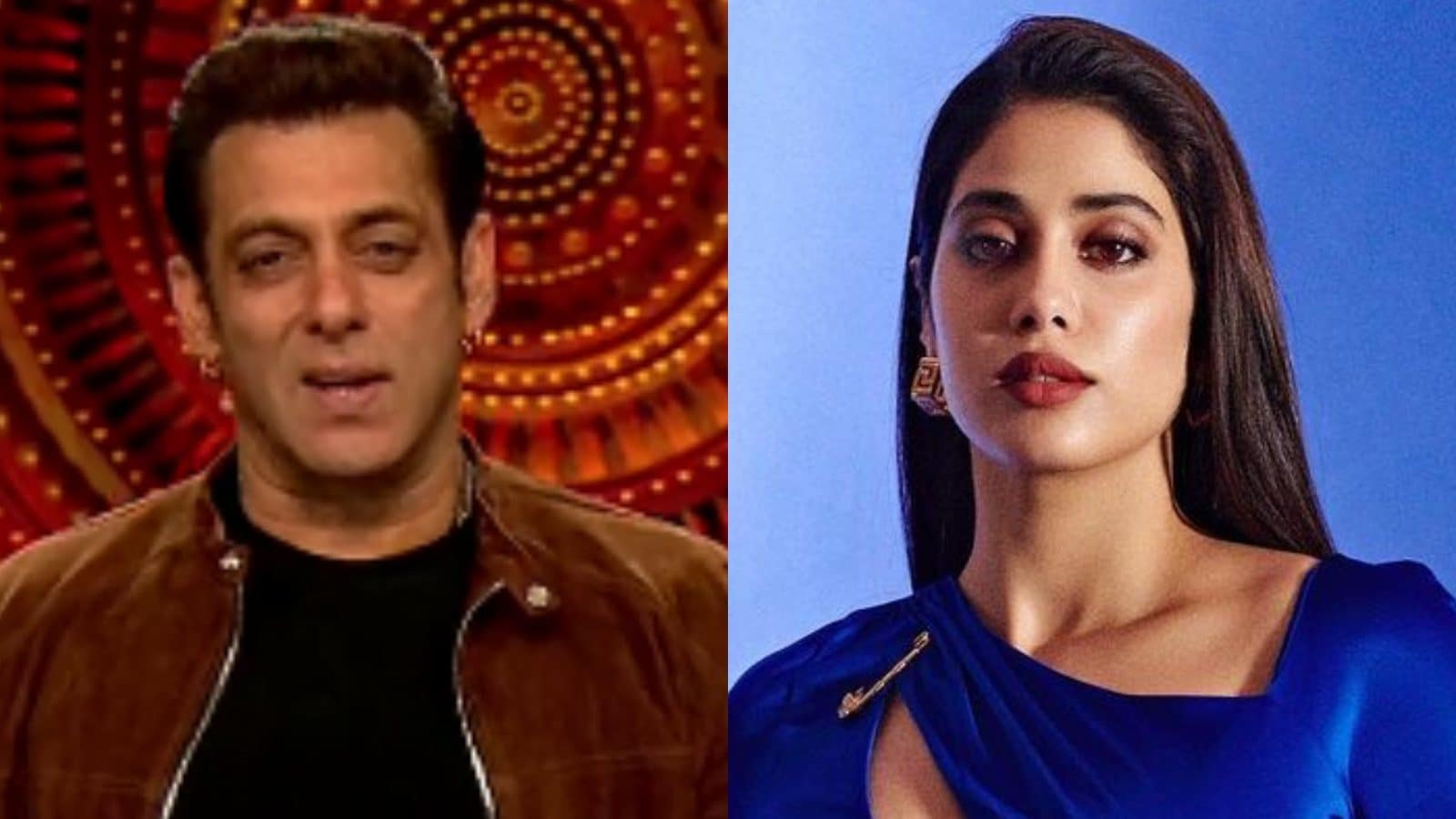 
Bigg Boss 16’s Shukravaar Ka Vaar sees Janhvi Kapoor and Sunny Kaushal promoting Mili on the reality show. The two actors were seen entering the BB house and indulging in a fun task with the housemates. While we see the Mili star entering the house in a sexy blue dress, Sunny is seen dressed in red blazer along with black pants and shirt. The two looked stunning as they entered the BB house, post which they met the host of the show Salman Khan. We also see Janhvi Kapoor’s sizing belly dance performance too!

In the show, Janhvi enters the house with Sunny Kaushal and they both meet the BB contestants. We can clearly see Janhvi’s liking for Abdu Rozik as she flirts with the singer and says she has even learned his phone number. She even asks him if she was looking more beautiful than Nimrit Kaur Ahluwalia. He blushes and agrees that Janhvi is looking more beautiful and smiles.

Later on the guests Sunny and Janhvi play a game with the housemates and ask them questions and dip their faces in an ice bowl. MC Stan chooses in between Ankit Gupta and Archana Gautam and dips Archana’s face the most on basis of the questions being asked. Later Shalin Bhanot and Gautam Vig come up to the activity place where Nimrit Kaur Ahluwalia is asked different questions and dips Gautam’s face in ice bowl on being asked about who is fake most of the times in the house.

Next, Sunny and Janhvi exit the house and meet Salman at the stage where he recalls meeting Janhvi in childhood, during the shoot of Wanted. He also recalled that Janhvi performed the steps by Prabhu Deva after seeing him perform in one go. Janhvi too agrees that she can remember this. Salman also said that her mother Sridevi also lauded Janhvi’s dancing skills in her childhood.

Janhvi is then asked to recreate the belly dance that she used to do in childhood. She agrees and delivers a sizzling belly dance on Chikni Chameli leaving everyone impressed.

Later, Salman asks Janhvi to create a reel out of Abdu Rozik’s dialogues and she nails them too.Salman wishes them the best for the film as the two exit the show.

Bigg Boss 16 airs on Colors at 10 pm from Monday to Friday, the timing changes to 9.30 on the weekend. Stay tuned for further updates.