More
HomeNewsBiden and Xi to meet amid tensions over Taiwan, Russia-Ukraine
News

Biden and Xi to meet amid tensions over Taiwan, Russia-Ukraine 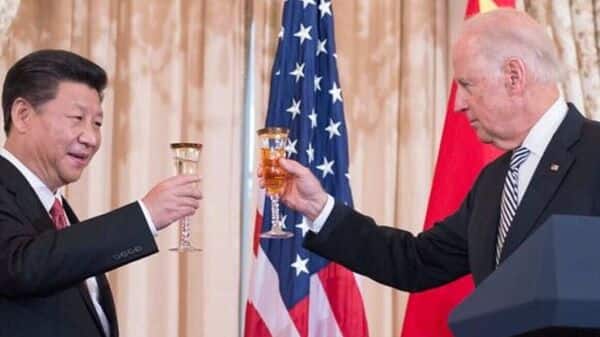 Amid a global economic crisis, trade war, tensions over Taiwan, and Russia’s invasion of Ukraine, the President of the United States Joe Biden, and the President of China Xi Jinping will have their first face-to-face meeting on Monday. The two leaders will meet on the sidelines of the G20 summit in Bali, Indonesia.

This will be the first in-person meeting between the two leaders since Joe Biden took office in January 2021 and the recent re-election of Chinese President Xi Jinping for the third time. The leaders will meet to “discuss efforts to maintain and deepen lines of communication between” the two countries and to “responsibly manage competition and work together where our interests align, especially on transnational challenges that affect the international community,” White House press secretary Karine Jean-Pierre said in a statement.

The officials of the US and China are working for weeks for this meeting and US President also announced on Wednesday that he intends to speak to his Chinese counterpart about the issues like Taiwan, the trade war, and Beijing’s relationship with Russia.

“What I want to do with him when we talk is lay out what each of our red lines is and understand what he believes to be in the critical national interests of China, what I know to be the critical interests of the United States. And determine whether or not they conflict with one another,” Biden said.

The US administration also tried to downplay the expectations from the meeting by announcing that there will be no joint communique or deliverables anticipated from the sit-down.

“I don’t think you should look at this meeting as one in which there’s going to be specific deliverables announced.” Rather the two leaders are going to give direction to their teams to work on several areas, both areas where we have differences and areas where we can work together,” White House national security adviser Jake Sullivan said.

The relationship between both countries are strained for a while now, but both leaders know each other since 2011-12 when they traveled together as Vice-President of their respective countries.