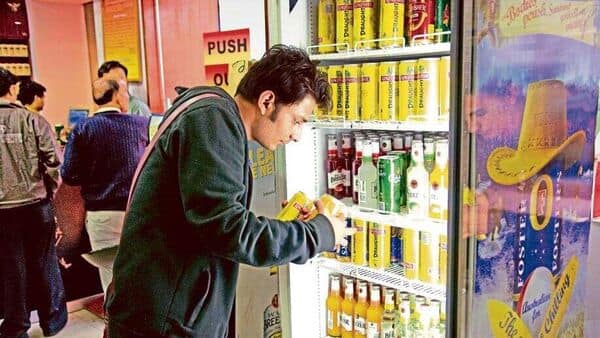 As scorching heat overwhelms large parts of the country, beer makers are betting on a prolonged dry season to make up for the losses they suffered during the pandemic. Demand from retail stores, bars and pubs has bounced back as consumers indulge in revenge consumption.

Several beer firms said they expect summer demand this year to cross 2019 levels, and have accordingly increased brewing capacity. Companies such as B9 Beverages, which makes Bira 91, said March sales crossed pre-covid levels. “From an industry standpoint, I think we’re solidly ahead of pre-covid numbers…We’re tracking to almost 1.5 to 1.8 times of pre-covid levels in terms of numbers. March has been very solid with the highest-ever revenue for us,” said Ankur Jain, founder and chief executive officer, B9 Beverages.

For the company, this is the result of both higher demand and additional brewing capacity it has built in the last two years.

To be sure, sales of beer, largely a summer beverage, were down by over 40% in 2020. Demand did resurface in 2021, but failed to match pre-covid levels. However, the early onset of summer, better mobility and reduced consumer anxiety as covid-19 wanes, have fuelled demand.

The market is also expanding as on-premise drinking has surged. Zorawar Kalra, managing director of Massive Restaurants that runs chains such as Farzi Cafe said that with summer heat, beer sales have definitely seen a spike in retail shops and bars.

Avneet Singh, founder of Medusa Beverages that sells Medusa beer is expecting to sell at least 500,000 cases this summer largely in Delhi and Uttar Pradesh. “The sales in these two states should make up for 70% of our total sales this season,” said Singh.

The Confederation of Indian Alcoholic Beverage Companies (CIABC) said that if the summer remains strong, by the end of this fiscal year, beer sales may cross 2019 sales of 315 million cases to reach 375 million cases. Last year, the industry clocked 290 million cases.

Rahul Singh, founder of The Beer Café, said while FY22 ended on a positive note, the next two quarters are likely to be the first “proper” summer after two straight lockdown summers. “For our startup, FY19 was the year that we crossed the ₹100 crore annual revenue. We will accelerate this year,” he said.

“The early summer is a good sign, but there has been a crucial barrier of capacity constraint on part of companies such as AB InBev as well as inflationary pressures. There are huge cost pressures on the entire alcohol industry and the beer industry in particular is hit by increased glass prices that are 30% higher and an increased freight cost, too,” said CIABC’s director general Vinod Giri.