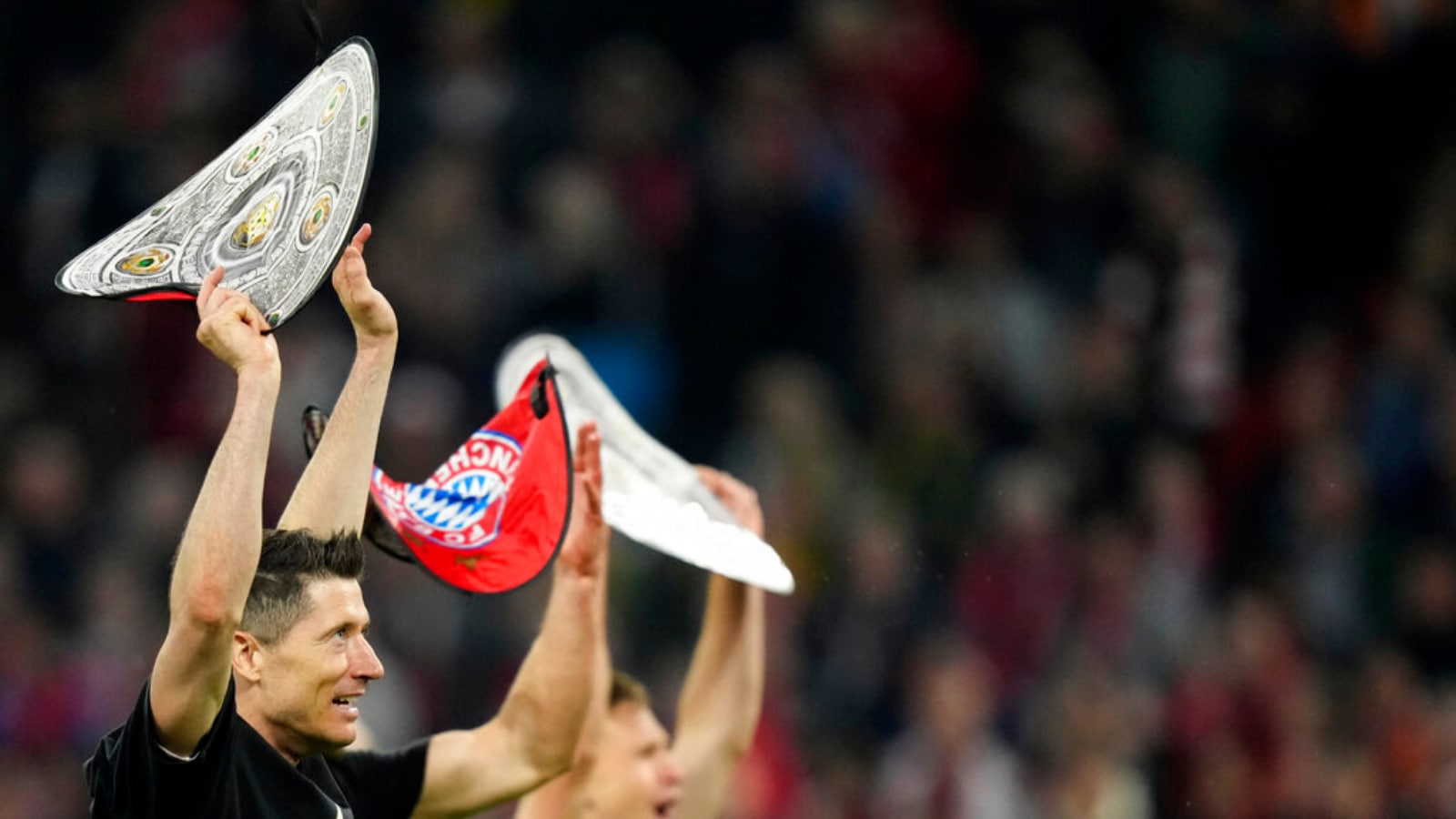 
It was neither the sparkling season some Bayern Munich fans had expected in coach Julian Nagelsmann’s first one in charge nor was it the bruising one others had anticipated as the team goes through a transition phase.

With a new coach, a new CEO with Oliver Kahn and a new-look backline following the departure of David Alaba and Javi Martinez among others, Bayern remained the dominant force in the Bundesliga, sealing their 10th straight league title with a 3-1 win over rivals Borussia Dortmund on Saturday and with three games to spare.

It was at times not down to their results alone but also to Borussia Dortmund’s rollercoaster form that kept Bayern well ahead of their nearest competition.

They also benefited from Leipzig’s poor run in the first half of the campaign, with last season’s runners-up failing to threaten the Bavarians despite their strong finish to the season.

Bayern had partly contributed to Leipzig’s dip in form, snapping up their coach as well as defender Dayot Upamecano and midfielder Marcel Sabitzer.

“This is the what Bayern does. They say how can we beat them on the pitch but also off the pitch,” former Bayern coach and player Jurgen Klinsmann told reporters this week in a conference call.

Their defence, however, kept leaking throughout the season despite the arrival of Upamecano.

News that defender Niklas Suele will be joining Dortmund at the end of the season further fanned fans’ concerns over their defensive strength after Bayern had let Alaba go on a free transfer to Real Madrid last season.

After an opening draw at Borussia Moenchengladbach, Bayern won nine of their next 10 league matches to quickly take control of the title race.

With Robert Lewandowski scoring at will and Thomas Mueller delivering assists, the Bavarians looked set for an easy title defence.

But the gaps in the back began to show and Bayern conceded five goals against Gladbach in the German Cup second round for their heaviest defeat in the competition.

The defensive vulnerability had only limited impact in the league with Dortmund far more inconsistent and Leipzig having lost too much ground early in the campaign.

But it caught up with them in the Champions League when they were outplayed by underdogs Villarreal to crash out in the quarter-final stage, short of their semi-final target.

Winning the title will only temporarily appease success-spoilt Bayern fans and with Lewandowski’s future at the club in doubt and any contract extension beyond 2023 still not finalised, Bayern’s transition phase is far from over.