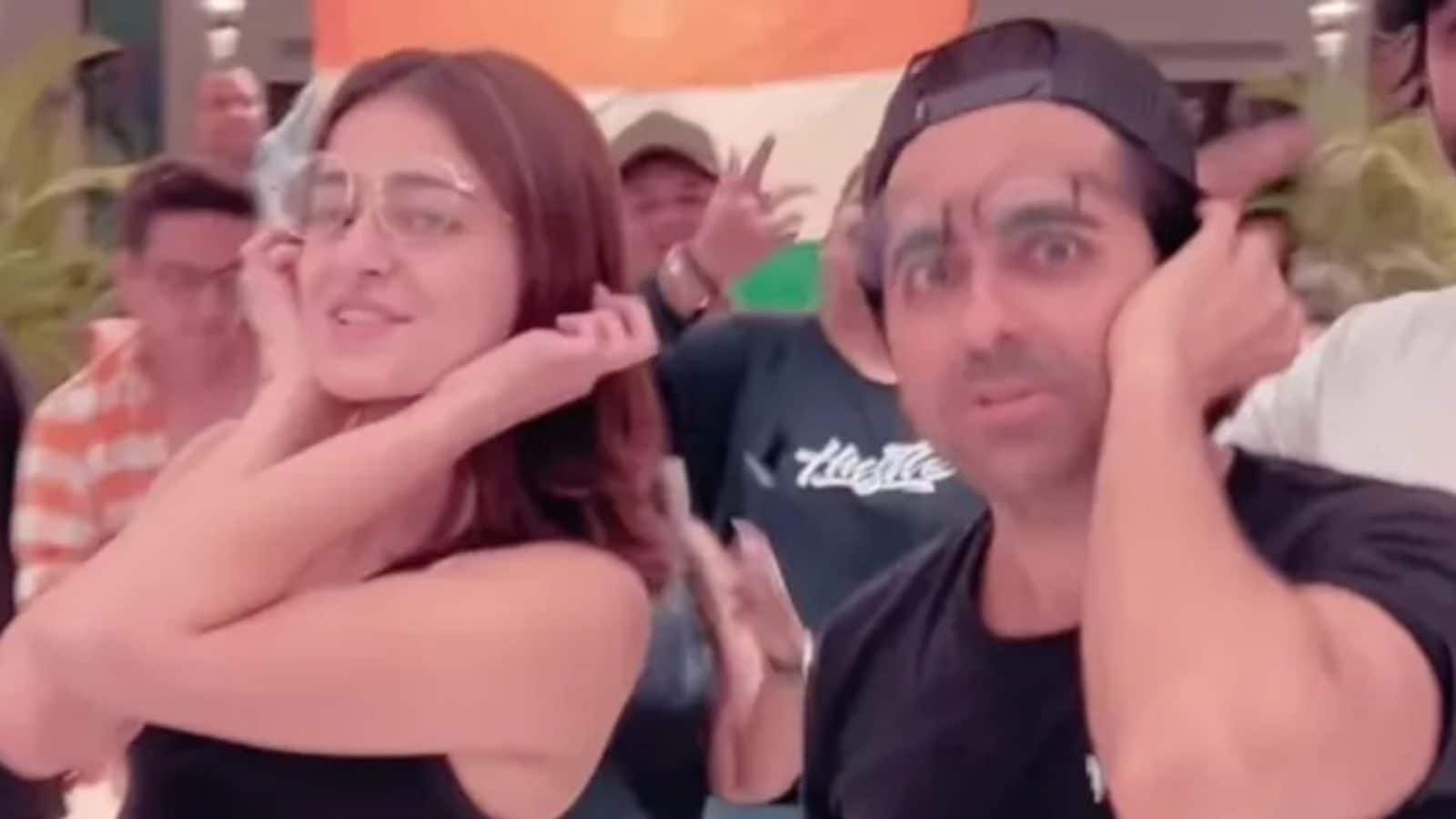 
Team India defeated Pakistan in their first match in Aisa Cup 2022. The match was held at Dubai International Cricket Stadium in Dubai, UAE on August 28. And when it comes to expression of excitement for Team India’s victory, Bollywood stars are no different. Speaking of which, Ayushmann Khurrana and Ananya Panday too celebrated Team India’s win in a unique style. On Monday morning, a video went viral on social media that sees Ananya and Ayushmann dancing to Kaala Chashma before they recreated team India’s win.

Ayushmann and Ananya have teamed up for their first-ever project together Dream Girl 2. They have started shooting for the film in Mathura. Soon after they watched India vs Pakistan match, they expressed their excitement on social media with a fun reel. Ananya and Ayushmann took to Instagram handles and posted the reel. While sharing the video, they wrote, “Jeet gaya India!!!!”

As soon as he posted the video, his colleagues and scores of fans chimed into the comments section. Aparshakti Khurana commented, “Hahaha❤️bestttt!!!!!”

Besides Dream Girl 2, Ayushmann Khurrana has director Anubhuti Kashyap’s Doctor G with Rakul Preet Singh under his umbrella. On the other hand, Ananya was recently seen in Liger co-starring Vijay Deverakonda. She will be next seen in Zoya Akhtar’s Kho Gaye Hum Kahan.

Speaking of the match, all-rounder Hardik Pandya guided team India to a sensational 5-wicket win a nail-biting finisher against arch-rivals Pakistan on Sunday at Dubai International Cricket Stadium. In a thrilling contest, Pandya stitched a crucial 52-run stand with Ravindra Jadeja for the fifth wicket to get the job done. Jadeja scored 35 runs off 28 balls. While Pandya finished it off with a six and remained unbeaten on 33 off 17 balls as India chased down the 148-run target with 2 balls to spare.