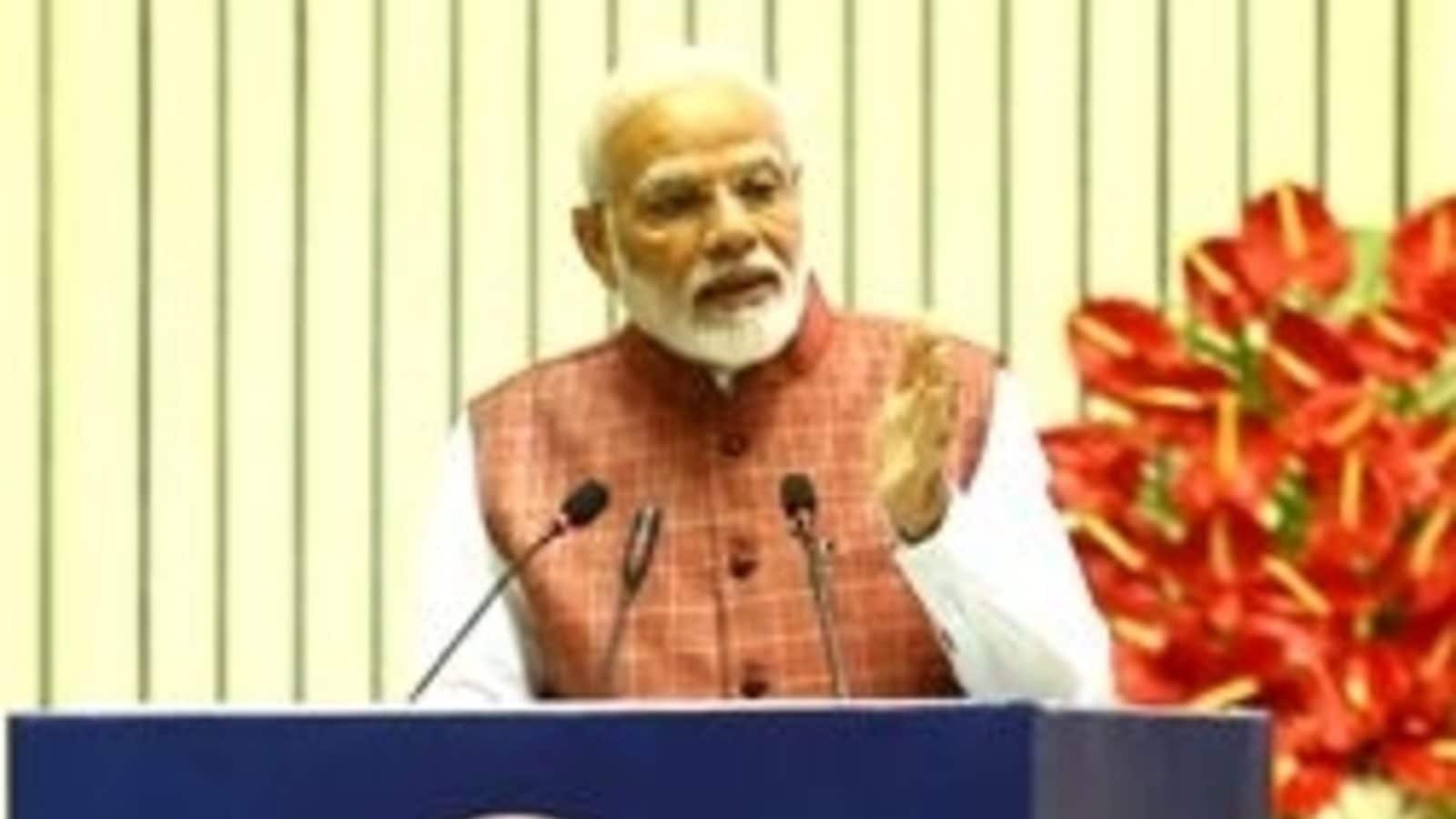 
As the Covid-19 pandemic upended countless lives across the globe, it also brought to the surface the many benefits of Ayurveda and traditional Indian medicines. Now, giving a major push to the use of Indian traditional treatments internationally, the government will soon come up with an AYUSH visa category for foreigners.

The initiative was announced by Prime Minister Narendra Modi at the inaugural session of the three-day Global AYUSH Investment and Innovation Summit 2022 held at Mahatma Mandir in Gandhinagar. The inauguration was also attended by Mauritius Prime Minister Pravind Jugnauth and director general of the World Health Organization Dr Tedros Ghebreyesus.

The new AYUSH visa is aimed at facilitating the travel for international tourists who want to get traditional treatments in India. “With this visa, it will make travel easier for accessing AYUSH therapies (in India),” said PM Modi.

Apart from the visa, the PM Modi also said that the government will take various initiatives and carry out activities to promote the AYUSH sector. AYUSH stands for Ayurveda, Yoga, Naturopathy, Unani, Siddha, and Homeopathy that are the six traditional Indian medicine systems.

Among the initiatives, the Prime Minister said that a digital portal will be made to connect farmers who are growing medicinal plants with the AYUSH product. He also announced that an AYUSH mark will be soon introduced to give authenticity to the AYUSH products.

PM Modi highlighted that products “vetted using the latest technology” will be given the AYUSH mark. He further emphasised that this will help people gain confidence while buying AYUSH products.

PM Modi underlined that initiative ‘Heal in India’ has the potential of becoming the big brand of this decade. He noted that traditional medicine has helped Kerala boost its tourism and that the power is in whole India.

Talking about tourism, PM Modi stressed that India has come up as a popular destination for medical tourism and that investment opportunities have also grown in the sector.