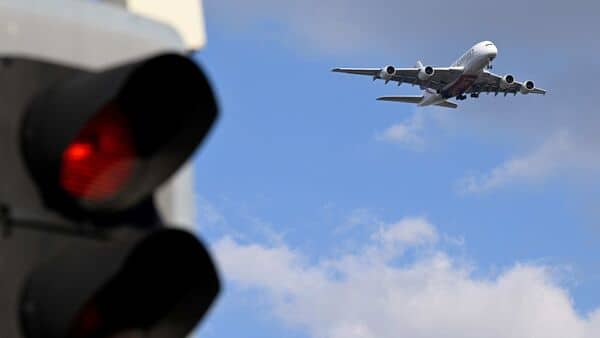 Aviation regulator DGCA has introduced new features on its e-governance platform for stakeholders. It includes the facility to fetch pilots’ flying hours on a real-time basis that will also help in faster processing of licence applications.

The Air Operator Certificate (AOC) database has been integrated with the civil aviation ministry’s heli-sewa portal that will allow speedier processing of landing requests.

According to the Directorate General of Civil Aviation (DGCA), operators are now issued the certificate of airworthiness with respect to newly inducted aircraft at foreign delivery locations through the regulator’s eGCA portal for ferrying the planes to India.

The eGCA which is a single window e-governance platform, has been enhanced to further improve the ease of doing business in the civil aviation ecosystem, a senior DGCA official said on Sunday.

The pilot e-logbook in eGCA has been integrated with various operators’ internal software through API (Application Programming Interface) whereby pilots’ flying records can be directly transferred into their e-logbooks on the eGCA portal.

The move will eliminate manual interventions.

Tata Consultancy Services (TCS) developed an API through which various airlines would channel their pilot data from their system to eGCA.

“Out of eight airlines which participated in the integration process, IndiGo has already implemented this interface. Indigo pilots’ flying records are now getting directly populated in e-logbook in eGCA software from IndiGo‘s AIMS software.

Other airlines, including Air India/Air India Charters, Air Asia, Go First, SpiceJet, Vistara and Blue Dart are in the final stages of testing and are expected to implement the same in another one to two months, the official said.

Apart from fetching pilots’ flying hours on real-time basis with accuracy, the official said the facility will help in timely submission of applications by the pilots for the issuance, renewal and endorsement of licences by removal of multi-layer data-validation steps.

“As the manual intervention in the process has been reduced to almost negligible, the integration will also help DGCA in faster processing of applications as the verification of flying data in submitted applications will be considerably reduced,” the official added.

With the integration of operators’ AOC database with heli-sewa portal, the official said the workload has considerably reduced for the applicants and helicopter operators as they can access both eGCA and the portal through the same ID. Also, their requests and intimations can be processed faster.

The operators are now issued C of A/ ARC at foreign delivery locations through the eGCA portal for ferrying the aircraft to India and the process has replaced the earlier system wherein these certificates (partially-filled) were prepared at the DGCA headquarters and carried to foreign locations for issuance.

The eGCA handles more than 300 services related to DGCA.

(with inputs from PTI)