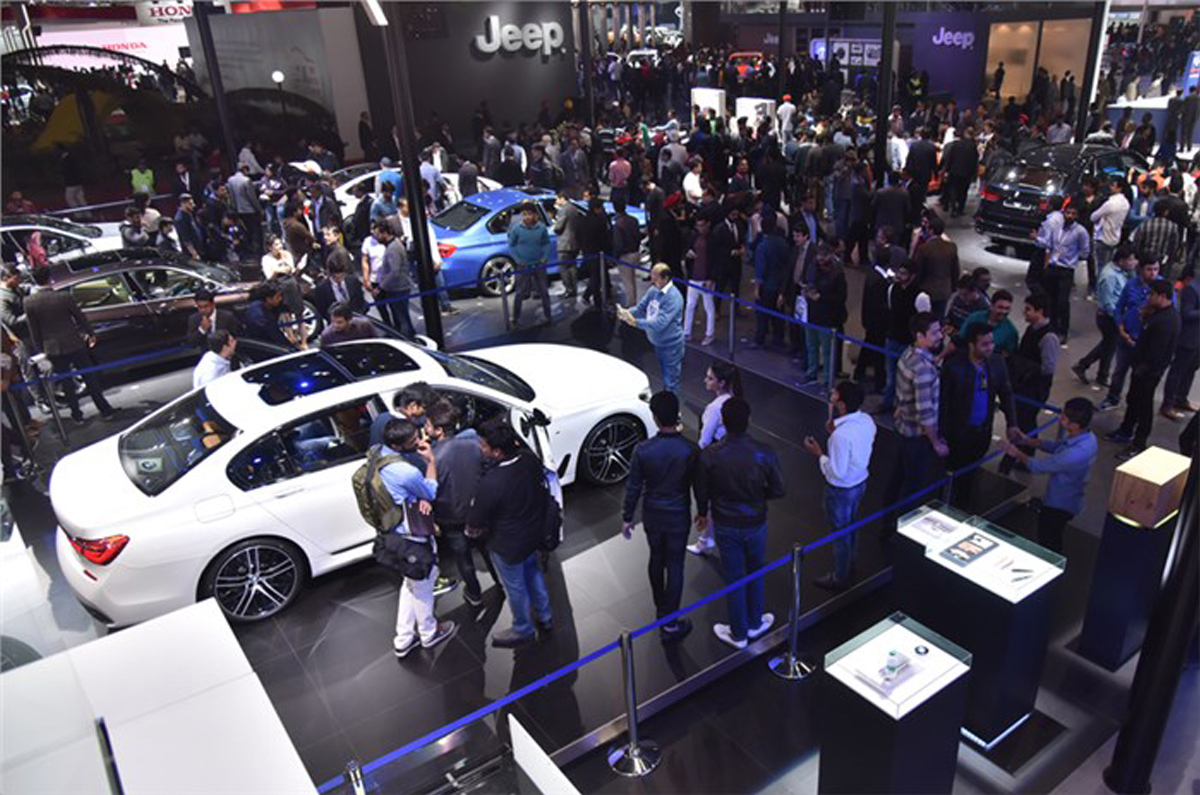 While there will be participation from newcomers like BYD, other carmakers like Mahindra, Volkswagen, Skoda and Honda will not participate in this edition of the motor show.

Auto Expo, the biennial on-ground automotive extravaganza, is finally set to return after a pause of three years due to the pandemic. The mega event is slated to take place in Greater Noida near New Delhi from January 13-18, 2023.

The country’s top two carmakers – Maruti Suzuki and Hyundai Motor – along with others like Tata Motors, MG Motor, Toyota Kirloskar Motor, Kia, and newcomer BYD aim to make a splash at the upcoming event, with a series of new concept showcases as well as product launches.

However, despite the show’s 2022 edition being cancelled due to COVID-19 and only making a comeback after a considerable gap, many key players in the passenger vehicle and two-wheeler segments have chosen to opt out, with experts believing the high cost of participation and lack of brand-new products for showcase being the key impediments.

Another factor in play to the reduced number of participants is the show’s location – India Expo Mart – which, in Greater Noida, is significantly far from the New Delhi airport. It is also inaccessible to the general public due to thin connectivity by public transport, resulting in lesser footfalls.

Experts say that the home of the Auto Expo – Pragati Maidan – in the heart of New Delhi is still under reconstruction and might woo exhibitors back once it is fully ready, likely in time for the next motor show in 2025.

According to sources, mainstream carmakers like Mahindra & Mahindra, Honda Cars India, Isuzu, Volkswagen, Skoda Auto India, Citroen India as well as Nissan India will stay away from the 2023 expo. A common link among these players is the lack of new models to be showcased, keeping them at bay from spending on the exhibition and saving marketing cash for the future.

Maruti Suzuki, Hyundai and Tata will showcase many models

However, for players like Maruti Suzuki India, the Auto Expo continues to be a playground to engage with customers and showcase its technology and upcoming concepts. The company can be expected to unveil its upcoming Baleno hatchback-based compact crossover, codenamed YTB, at the Auto Expo 2023. The Baleno-based cross-SUV is likely to see Suzuki’s 1.0-litre turbo-petrol engine make a comeback in the Maruti Suzuki India line-up.

The carmaker is also set to make a splash with the made-in-India, five-door Jimny, which is also likely to be showcased alongside the likelihood of a future all-electric concept from Maruti Suzuki as the carmaker eyes to foray into the EV segment in 2025.

No. 2 carmaker by volumes, Hyundai Motor India, too is expected to showcase its ‘affordable’ EV concept along with the flagship Ioniq 6 EV. There is a likelihood of the Korean carmaker showcasing the Creta and next-gen Verna as well. A concept previewing its long overdue micro-SUV, akin to the Tata Punch, is also likely to be on the cards. Hyundai’s Korean sibling Kia too is expected to bring the facelift of its top-selling product in India, the Seltos SUV, alongside showcasing its maiden EV – the Kia EV6.

Tata Motors, which has been making a buzz in the passenger vehicle segment in the last couple of years, will bring its current range of products, including the recently-unveiled Tiago EV, as well as all-electric versions of the high-selling models – Altroz and Punch.

While MG Motor India will unveil its upcoming two-door micro EV and might also showcase the MG4EV, Toyota Kirloskar Motor will launch the new-generation Innova Hycross, which is slated to be unveiled sometime in November. The new petrol-hybrid MPV will replace the outgoing Innova Crysta and will also make the Innova range a petrol-only offering from the Japanese carmaker.

Likewise, for BYD India, the newcomer in the personal e-passenger-vehicle segment, the company will launch its recently unveiled Atto 3 crossover.

Key scooter, bike makers shy away from the auto show

With a prolonged lull that is only being exacerbated by rising fuel prices, the two-wheeler market is also under a significant slowdown, from even before the start of the pandemic. As a result, most mainstream players, including Hero MotoCorp, Bajaj Auto and TVS, are likely to stay away from the upcoming Auto Expo, with the cash spend unlikely to generate expected footfalls, especially when there are not many new products to showcase.

While the world’s No. 1 two-wheeler giant by volumes, Hero MotoCorp, which recently unveiled its EV sub-brand Vida, could have made a splash at the Expo, its non-participation comes as a big surprise.

On the other hand, electric two-wheeler players like Okinawa and Greaves Cotton will make their presence felt, while electric three-wheeler start-ups like Omega Seiki Mobility will bring their latest innovation.

Commercial vehicle manufacturers to make most of the expo

The commercial vehicle segment, which is on the road to recovery after a couple of hostile years due to the pandemic-related lockdowns, is seeing action returning in the infrastructure, mining and tourism space, and as a result, the growing demand for trucks and buses. Key players like Tata Motors, Ashok Leyland, Volvo Eicher Commercial Vehicles as well as all-electric player – Switch Mobility – are all set to showcase their latest products and innovations at the upcoming Auto Expo 2023.