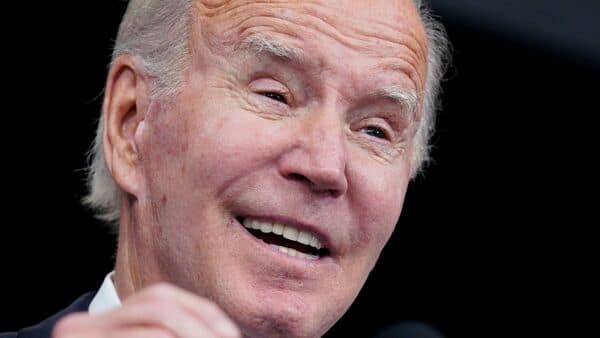 In a dire warning to Russia on Tuesday, US Vice President Joe Biden said using nuclear weapons in the conflict with Ukraine would be a ‘serious mistake’.

“I spent a lot of time today talking about that,” Biden told reporters after receiving a Covid-19 booster shot, his fifth dose of the vaccine.

Asked by reporters whether he thinks Russia is preparing a dirty bomb attack that it would then blame on Ukraine, Biden said: “Russia would be making an incredibly serious mistake were it to use a tactical nuclear weapon.”

This week, Russia claimed that Ukraine could use a ‘dirty bomb‘ on its own soil. A dirty bomb is a conventional bomb laced with radioactive, biological or chemical materials which get disseminated in an explosion.

The US and its allies fear that Russia may launch a “false flag” strike using a dirty bomb, possibly to justify the use of conventional nuclear weapons by Moscow as it finds itself in a precarious position in eastern and southern Ukraine.

Biden said, “I’m not guaranteeing that it’s a false flag operation yet. We don’t know.”

Russia’s warning that Ukraine was readying to use a “dirty bomb” fits Moscow’s track record of deception, when it “accuses others for what they intend to do themselves,” NATO’s chief Jens Stoltenberg told AFP in an interview on Tuesday.

Moscow has claimed that Ukraine intends to detonate a rudimentary bomb that might disperse nuclear, chemical, or biological materials over a large area. Western officials have denied this assertion.

They worry that the Kremlin is preparing a “false flag” operation where it launches such an attack and places the blame for it on Ukraine. The Kremlin has suffered significant losses in its invasion of Ukraine as NATO countries support Kyiv with arms and money.

The United States, France, and Britain issued an unified statement saying that “the world will see through any attempt to use the claim as a pretext for escalation.”

“I would be careful speculating, but we’ve seen this before, we also saw it at the start of the war,” Stoltenberg said in a video interview with AFPTV.

“A lot of false accusations against Ukraine were used in a way to ‘excuse’ the invasion that happened later…. We have seen what has happened before and that makes it necessary to follow closely what Russia now does.”

Stoltenberg added, “They need to understand that we will not accept a false pretext so that Russia further escalates the war in Ukraine.”