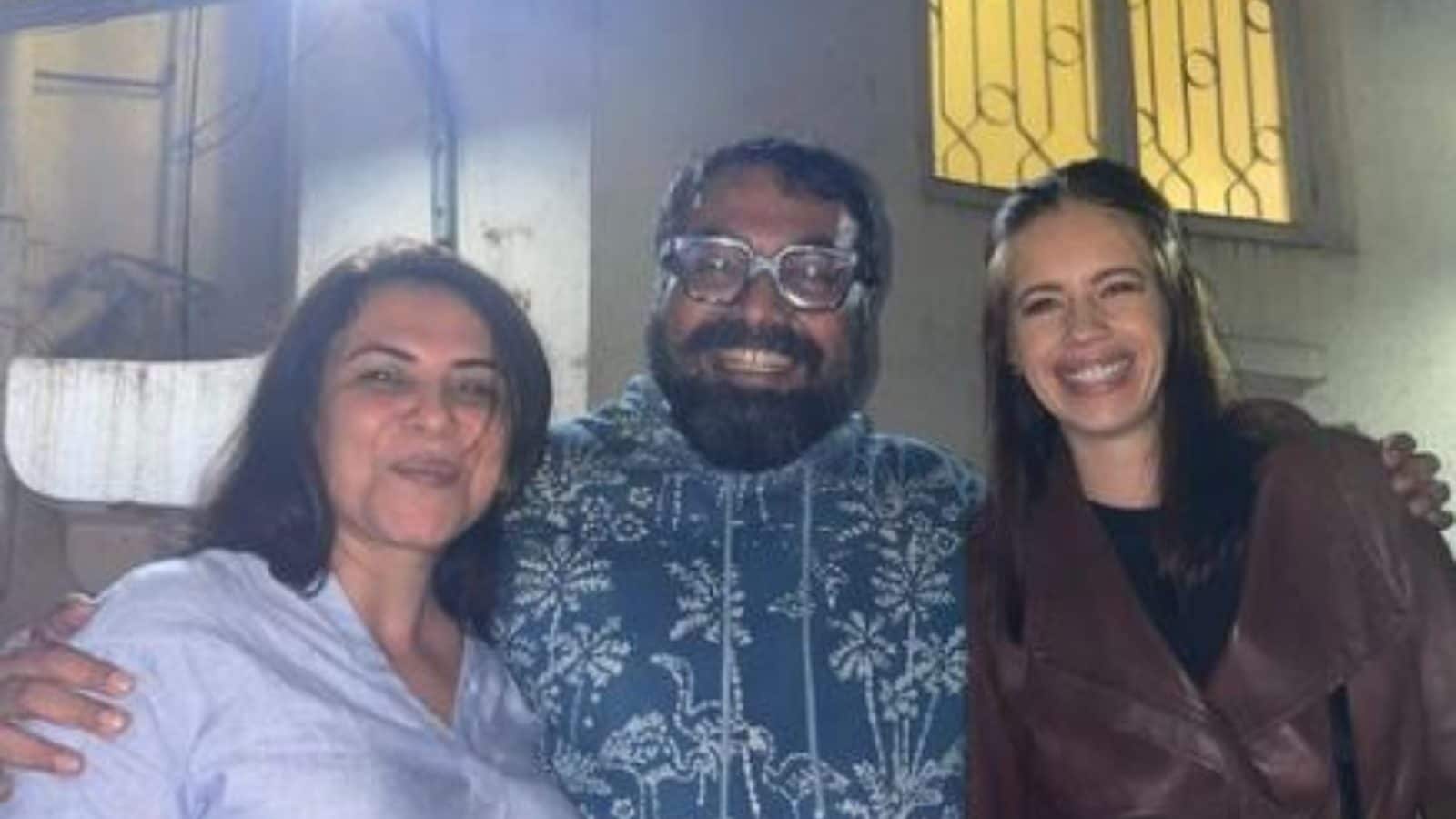 Anurag Kashyap shared a photo with his ex-wives Aarti Bajaj and Kalki Koechlin and the three of them could be seen sporting their brightest smiles.

Director Anurag Kashyap is all set for the release of his film Dobaara which will release in theatres on August 19. Starring Taapsee Pannu, and Pavail Gulati among others the film is a mystery-drama revolving around a woman who gets an opportunity to save his 12-year-old son who died 25 years ago. Ahead of the release of the film, the Gangs of Wasseypur director had a sweet reunion with his two ex-wives, Aarti Bajaj and Kalki Koechlin.

Taking to social media, Anurag shared a photo with Aarti and Kalki and the three of them could be seen sporting their brightest smiles. Sharing the photo, the filmmaker wrote, “My two pillars ..” Take a look at the photo:

For the uninitiated, Anurag tied the knot with Aarti in 1997 and parted ways in 2009. They are co-parents to their daughter Aaliyah Kashyap. He then got married to Kalki in 2011 and parted ways in 2015. Even after their separation, they share a good bond with each other and the picture is proof. Moreover, Anurag’s industry colleagues such as Zoya Akhtar, Radhika Apte, and Ishika Motwane among others, dropped lovely messages on the comment section. Anurag’s daughter Aaliah wrote, “iconic.”

Ahead of Dobaaraa’s release, the filmmaker also spoke about the current boycott culture in Bollywood. Talking about it, he told News18 Showsha in an exclusive interview, “I am amused because I feel these trolls want to boycott everything. There is a trend of boycott culture in this country. Itne saare log bol rahe hai boycott karo films ko, phir bhi log jaa rahe hai movies dekhne (laughs). I just thought we should also be in the trend. The boycott culture is a joke and I thought I also want to be a part of the joke and feel important just like others.”