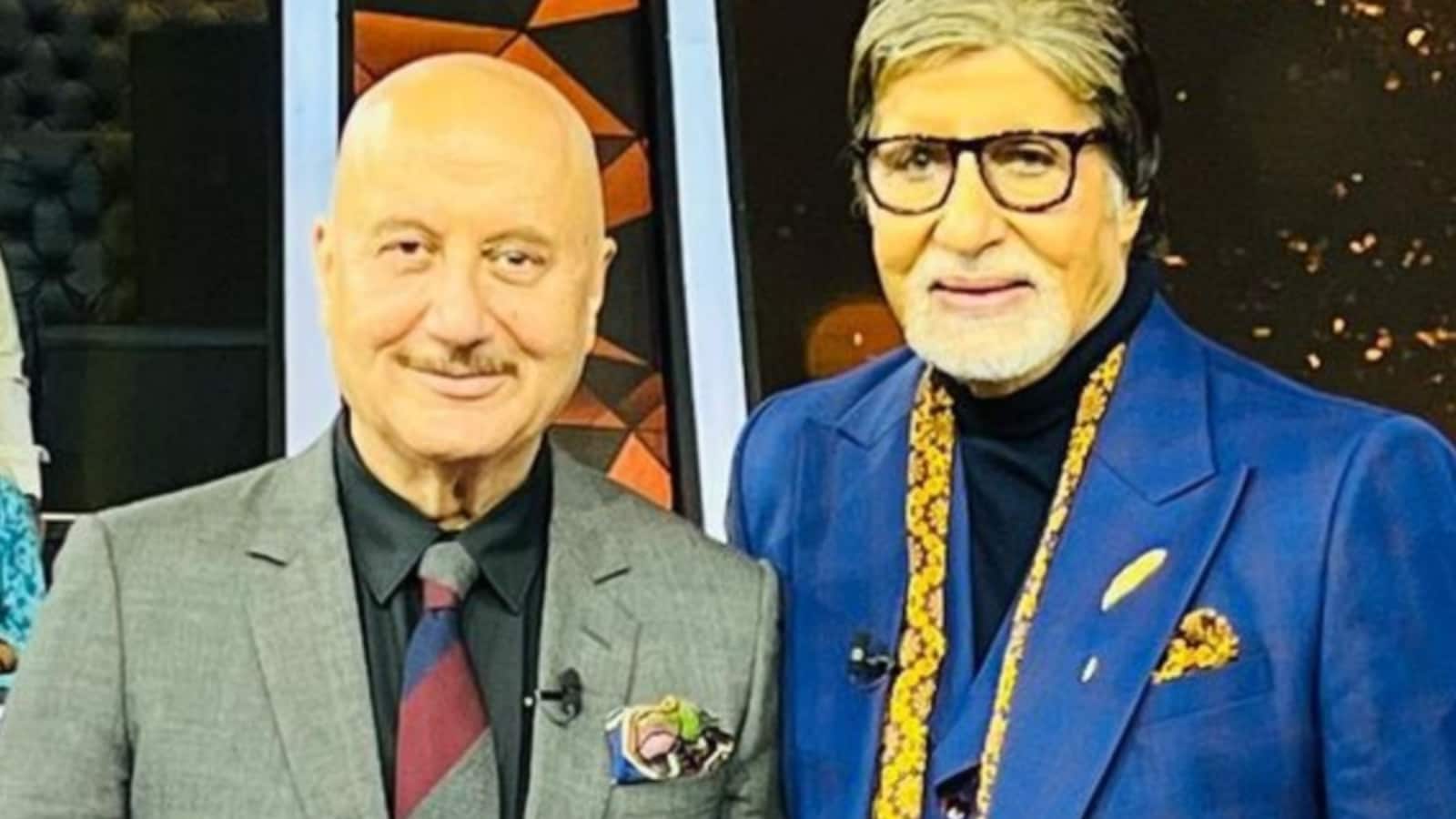 
Anupam Kher has had a great run at the box office this year. He starred in three movies, namely The Kashmir Files, Karthikeyan 2 and the most recent Uunchai. And, all three have performed well at the ticket window. Anupam played a lead role in The Kashmir Files while he had a cameo appearance in the Telugu film Karthikeya 2. In Uunchai, he shared the screen space with other stalwarts of Indian cinema, including Amitabh Bachchan, Danny Denzongpa, Neena Gupta and Boman Irani, in a pivotal role.

Anupam Kher has shared screen space with Amitabh Bachchan in several films in the past, one of them being the 1986 film Aakhri Raasta, directed by K Bhagyaraj. The National Award-winning actor recently recalled an incident from the sets of the film, which made him realise how professional Big B has been over the years. In a conversation with Mashable India, Anupam Kher said that he was basking in popularity at that time as his debut film, Saaransh, had been a big hit.

As they were shooting for the film in the scorching heat of Chennai, Kher wanted an AC in his make-up room. Amitabh, on the other hand, was sitting quietly in a chair, with a wig and fake beard, donning a shawl. In Aakhri Raasta, the Brahmastra actor played the dual roles of a father and son. And, for the father’s character, the beard and wig were necessary.

During his interaction with the online portal, Anupam Kher recalled that Amitabh Bachchan praised his role in Saaransh. Soon after, Kher asked him if he was not feeling hot with the false beard and wig on, along with a shawl. To this, Amitabh replied, “If I think about the heat, I feel hot. If I do not think about it, I will not feel hot.”

His answer left Anupam Kher in awe of the star’s simplicity and professionalism. Anupam Kher also shared the same anecdote on the Kapil Sharma Show while promoting Uunchai with his co-stars.