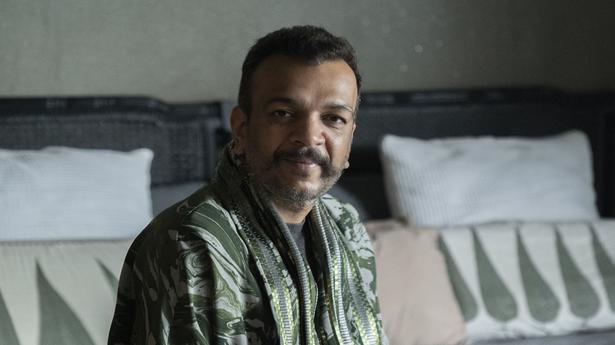 After a disastrous recruitment drive, the fashion designer wonders if there is a crisis in fashion and among its students

After a disastrous recruitment drive, the fashion designer wonders if there is a crisis in fashion and among its students

American postmodernist novelist Thomas Pynchon once wrote something to the effect that every generation is homesick for the decade it’s living in. I would like to believe the same does not hold true for me. The last thing I’d want is to sound like an old man, awash in snobbery, cribbing about the incompetence of the youth. After all, what is competence and who measures it? But having said that, I’m sure we can all agree on three basic components that cannot be compromised when in the pursuit of anything one holds valuable in life: unwavering discipline, a voice of one’s own and an infectious drive to steer away from the cramped alleyways of mediocrity.

Unfortunately, all of this became magnified during a recent round of interviews I conducted at the National Institute of Technology (NIFT), Delhi, of which I’m a proud alumnus. The positions I was hoping to fill were diverse: four designers, a graphic designer, a social media assistant and three merchandisers for retail and management. We got 500 résumés. As it’s humanly impossible to sift through all of them, we shortlisted candidates based on their scores. It came down to nearly 50 candidates for design and retail each.

The signs that this was going south were present pretty early. Even before the actual interview process could begin online, half of them dropped out without any explanation. So, the résumés that we did end up reading were — and there is no other way to put it — atrocious. Except for one or two, all of them were staggeringly unoriginal, lacking a voice, and with a cover letter that could have been written better by a nine-year-old. None of them had any practical experience or a well-structured portfolio.

I’d like to believe that creativity, particularly for students who want to enter the chaotic world of fashion, cannot be contained in a box. After all, there are multiple ways of keeping one’s portfolio dynamic. We all understand that they couldn’t sew a piece for hours on end due to the pandemic, but what stopped them from simply taking a pencil and going wild? The tools the students of today are equipped with — from Behance and Pinterest, to a world of reels and videos from the masters of fashion — are many. I don’t even remember accessing the internet during my NIFT days, but that didn’t deter us. ‘No other generation has had access to the kind of data bank that the present generation does,’ says Amit Aggarwal
| Photo Credit: Special arrangement

Unfortunately, the way the fashion curriculum (or even the more extensive education system) is structured remains woefully dated. Why must you be made to go through the grind of a three-month-long module of kidswear when you know it’s not your voice? But if the education system is generic, the onus falls on the student to find creative ways to prop up their voice.

Personally, when I go through a portfolio, I’m not looking for remarkable work because I don’t claim to know what’s remarkable either. I get inspired by portfolios that look at the mundane and make it magical; students that look at the fashion world through a non-technical, non-fashion perspective clearly stand out. These can be perspectives of culture, sociological dimensions, or even a sense of engineering. After all, fashion comes from truly understanding life, and you need to allow me into your way of looking at things. I need to learn from the students, too. It’s a two-way street. Always will be.

In the end, we managed to shortlist only two candidates for retail. Maybe our criteria of shortlisting based on their GPA scores was flawed? Maybe there was a sea of creativity in those hundreds of résumés that never reached us? I will never know. Despite everything, I remain an optimist. There is no doubt in my mind that the present generation knows precisely what they want. I only hope they can spell out who they are clearly.

The writer is a Delhi-based fashion designer.