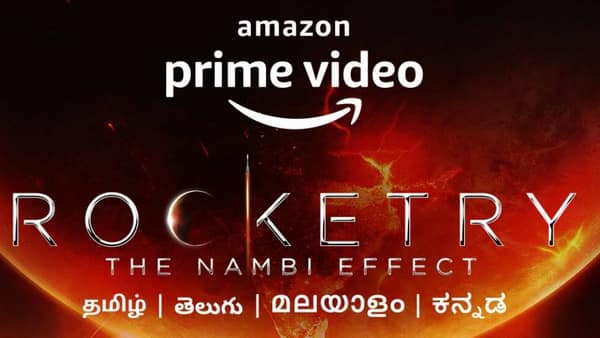 NEW DELHI: Amazon Prime Video on 26 July will stream Rocketry: The Nambi Effect, a biographical drama based on the life of Nambi Narayanan, a former scientist and aerospace engineer of the Indian Space Research Organisation, who was accused in an espionage case and later exonerated. The film is written, produced and directed by R. Madhavan, who also plays the lead role. It will stream in Tamil, Telugu, Kannada and Malayalam.

In 2021, over-the-top (OTT) streaming platforms saw films in four south Indian languages, including their dubbed versions, gain big audiences, accounting for as much as 10% of overall viewing minutes.

Malayalam film Minnal Murali, starring Tovino Thomas, was one of the top ten non-English films on Netflix for the last week of December, with 5.9 million viewing hours while Jai Bhim, Sarpatta Parambarai and Soorarai Pottru are among Amazon Prime Video’s biggest hits. After its release in theatres, period drama RRR has been dubbed in Spanish, Portuguese and Korean for Netflix.

Netflix has also seen its Tamil anthology Navarasa feature in the top 10 in 10 countries including India, Malaysia, Sri Lanka. In its first week on Netflix, more than 40% of the viewers for the film were from outside India.

In the last one year, films like Nayattu (Malayalam), Andhaghaaram (Tamil), Pitta Kathalu (Telugu), Paava Kadhaigal (Tamil), Cinema Bandi (Telugu) and Mandela (Tamil) have all featured in the top 10 in India.

To be sure, a bunch of films including SS Rajamouli’s RRR, Vijay’s Beast and Telugu film Acharya have opted for quicker OTT premieres than previously decided to make up for box office losses, reviving the debate on shrinking window between theatrical and digital release of movies. Ram Charan-starrer Telugu film RRR, for instance, which was to stream 75-100 days after theatrical release, launched on OTT within two months due to underwhelming response to the film. Several others are streaming less than a month after their release in theatres.