More
HomeNewsAlready given up many lives, says Zelensky on giving away any part...
News

Already given up many lives, says Zelensky on giving away any part of Ukraine 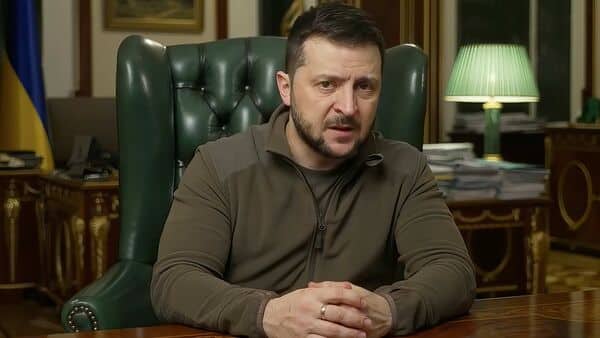 As Ukraine gears up for a long decisive battle against Russia in port city Mariupol, President Volodymyr Zelensky has said that he will not give away any part of Ukraine to Russia, now that too many lives have been lost trying to protect the east European country.

Zelensky‘s comments came during an interview with CBS News.

“Overall, I am not ready to give away any part of our country. I think we have already given up a lot of lives, so we need to stay firm for as long as we can. But, this is life, different things happen,” he said in the interview.

Zelensky also said that the issue of giving up the country for the sake of peace will be raised in the course of negotiation.

“We understand the Russian side, we understand that one of their provisions that is always talked about is to recognise Crimea as Russian territory. I will definitely not recognise that. And they would really like to take the southern parts of our country,” said the Ukrainian President, as reported by the BBC.

Russia launched the invasion of Ukraine on 24 February and since then has destroyed many Ukrainian cities. While the Russian forces are now regrouping to launch a fresh assault in new areas, the destruction in Borodyanka and Bucha has shaken the world.

The city has already been laid waste by weeks of Russian bombardments that have killed possibly thousands of civilians.

Due to the war, about a quarter of Ukraine’s 44 million population have been forced to flee their homes. Thousands have been killed or injured – many of them civilians.

Russian President Vladimir Putin’s reasons to occupy Ukraine included a ‘special military operation’ to demilitarise and “de-nazify” the east European Country that was once a part of the USSR.

However, Putin’s moves have drawn condemnation from all over the world , also attracting a wide range of sanctions from the West aiming to squeeze the Russian economy.