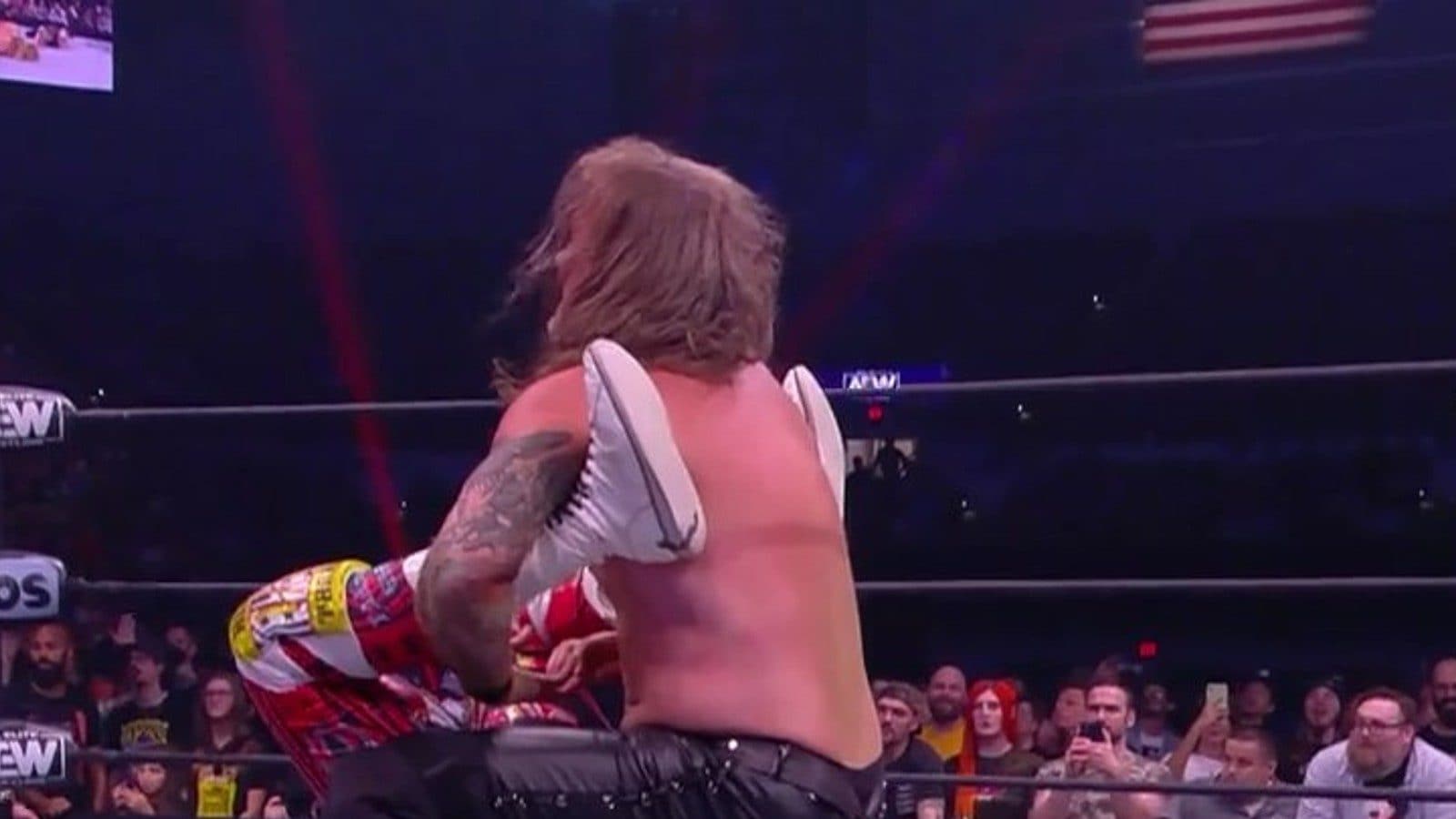 
Dynamite fans were treated to a fantastic episode on June 22 with plenty of drama and some elite display of wrestling. Bryan Danielson made his first appearance since Double or Nothing to discuss his preparations for Forbidden Door this weekend as well as Blackpool Combat Club’s upcoming Blood and Guts bout against Jericho Appreciation Society.

Wednesday’s episode had some mouth-watering fights that were kicked off by Chris Jericho and Lance Archer taking on Jon Moxley and Hiroshi Tanahashi. In the All-Atlantic Championship Qualifying match, Penta Oscuro locked horns against Malakai Black.

Here are all the results and highlights from Wednesday’s episode of Dynamite:

In the first match of the night, Freshley Squeezed teamed up with Trent Beretta and Rocky Romero from Roppongi Vice to take on Ospreay and Aussie Open’s Mark Davis and Kyle Fletcher. In a high-energy, tag-team bout Romero and Fletcher started off the proceedings. After a fierce encounter that was unpredictable till the end, Beretta tries to connect the Strong Zero. Ospreay intervenes, providing Fletcher with the opportunity to turn the situation. Beretta then tags in Cassidy, who strikes the Orange Punch on Fletcher for an impressive victory.

The rivalry between Death Triangle and The House of Black was on display in an All-Atlantic Championship Qualifying match between Penta Oscuro and Malakai Black. Penta thrived down the stretch in the back-and-forth encounter. An avalanche Fear Factor seemed to have put him in the driver’s seat as he attempted to pin Black. However, he injured his own back during the manoeuvre, preventing him from earning the crucial pin-fall.

Oscuro wasn’t really able to recover from his severe back pain and Black took advantage of it and blasted him with a Black Mass. He secured an easy pin and a fabulous victory to qualify for the All-Atlantic Championship.

Former world champion Hangman Page squared up against Ring of Honour’s Silas Young as a late addition to the Dynamite match card.

It was an extremely physical bout as two powerhouses went all out for a win. Initially, Young seemed to have the upper hand but the match was ultimately a showcase for Page, who defeated the Ring of Honour’s alum with a vicious Buckshot Lariat.

With the AEW World Women’s Championship bout just around the corner, Toni Storm took on “The Problem” Marina Shafir, who was joined to the squared circle by “The Native Beast” Nyla Rose.

Shafir controlled the match in the opening stages, dominating her opponent and keeping her grounded with well-timed punches. But the Aussie rock star came back with a severe tornado DDT, followed by a German suplex back inside the squared circle. After some bright moments, Storm finally managed to secure the win by countering a pump-handle slam with a rollup.

In the main event of Forbidden Door, Jon Moxley and Hiroshi Tanahashi of New Japan Pro-Wrestling will compete for the AEW Interim World Championship. Before that, they had to put aside their differences and concentrate on the famous Chris Jericho and his sidekick, “Murderhawk Monster” Lance Archer.

After a diversion by Sammy Guevara and Tay Conti at ringside, the heels downed Moxley and shut him off from his opponent. A hot tag to Tanahashi fueled the babyfaces’ comeback, but Jericho halted their momentum by countering Hight Fly Flo into the Walls of Jericho.

Moxley made a crucial save, Tanahashi handed Archer the sling blade, and all four men collapsed on the mat. Ace recovered and eventually defeated Archer through pinfall.

Share
Facebook
Twitter
Pinterest
WhatsApp
Linkedin
ReddIt
Email
Telegram
Viber
Previous articleNava is a play by 9 trans women from Aravani Art Project
Next articleWondering what to do with your salary? These Indian financial influencers can help you save money
MORE TRENDING ARTICLES
More
Entertainment