Action ordered against officer for ‘shoddy’ probe in drugs-on-cruise: Report 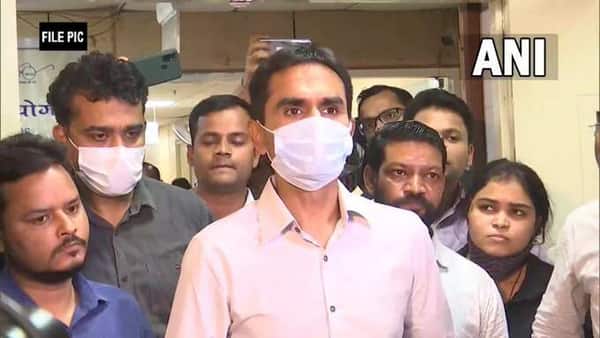 The report further suggested that Government has already taken action in the case of Sameer Wankhede’s fake caste certificate case.

“The competent authority has been asked by the government to act against Sameer Wankhede for shoddy investigation. Action will be taken against him for his fake caste certificate,” a Home Ministry officer with direct knowledge of the matter said.

Bollywood actor Shah Rukh Khan‘s son Aryan Khan and five others were given a clean chit by the Narcotics Control Bureau (NCB) on Friday in the alleged cruise drug bust case.

“Sorry, I can’t comment. I’m not in the NCB, talk to NCB officials,” Wankhede, whose term with the anti-drugs agency ended on 31 December last year, told India Today. In January this year, the officer returned to his parent cadre, the Directorate of Revenue Intelligence (DRI); in September 2020, he was sent on a deputation with the NCB.

Wankhede, who himself courted several controversies during the episode, led a raid on the Cordelia cruise ship at the International Cruise Terminal at Green Gate in the metropolis. The team recovered various drugs, and ₹1.33 lakh in cash from the vessel.

Initially, 14 people were intercepted from the cruise ship, and, on the afternoon of October 3, the federal agency arrested Aryan Khan and his friends, Arbaaz Merchant and Munmun Dhmaecha. Subsequently, 17 others were also arrested.

On 28 October, Khan, Merchant and Dhamecha were granted bail by the Bombay high court.