A wardrobe that defies reality 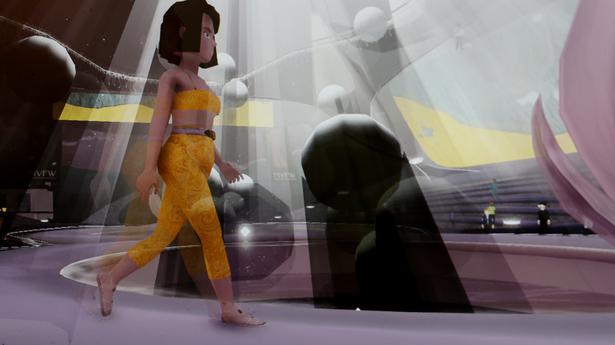 As designers dive into the Metaverse, exulting in the creative freedom it grants, will fashion get edgier? Swap window shopping for a peek into the new frontier

As designers dive into the Metaverse, exulting in the creative freedom it grants, will fashion get edgier? Swap window shopping for a peek into the new frontier

At a Dolce & Gabbana fashion show, feline models showcase quirky prints on a runway that has a galactic vibe. The audience drifts about vast surreal spaces, shopping for top labels and non-fungible tokens (NFTs). They attend panel discussions and after-show shindigs in this immersive, silhouette-meets-simulation, virtual environment.

This could be you. And you could be among the guests cheering the cat-walkers from the front row!

Globally, the world of fashion is seeing a seismic shift with the metaverse emerging as an exciting playground for designers, collaborators and consumers. The Metaverse Fashion Week hosted by Decentraland, the first of its kind held in March this year, featured a limitless futurescape where the likes of Dolce & Gabbana, Etro, Tommy Hilfiger and Estee Lauder launched their lines and vendors sold virtual clothes and NFTs in the blockchain world. This reality-transcending frontier sought to rewrite the rules for online-offline touchpoints.

Over a dozen global high-fashion brands have deep-dived into the metaverse, which is based on technologies like augmented reality, virtual reality and crypto tokens.

A portmanteau of meta (in Greek means beyond or after) and universe, the word ‘metaverse’ has its origins in the 1992 sci-fi novel “Snow Crash” by American author Neal Stephenson. In the novel, humans flit between their real lives and the Metaverse, a virtual world of programmable avatars, hackers and zooming commercials.

In 2011, American sci-fi novelist Ernest Cline created a dynamic virtual universe called The Oasis in his dystopian novel “Ready Player One.” In the book, which was also adapted into a film by Steven Spielberg, impoverished folks hit by cataclysmic changes in the real world, escape into a fantasy arena of video games. They embark on an obsessive virtual reality ride, win digital currency, buy stuff and enjoy unlikely experiences.

A few months ago, Ralph Lauren partnered with metaverse and gaming platform Roblox to unravel “Winter Escape” where shoppers could ice-skate while buying retro sportswear. Gucci launched its artsy Gucci Garden, an immersive 3D take on its real-world installations in Florence, where visitors could turn into mannequins and wander around awe-inspiring spaces. Balenciaga launched a new line of clothes through “Afterworld: The Age of Tomorrow”, a video game set in 2031. To mark its second centenary, Louis Vuitton recapped its story through “Louis the Game”, where players collect items and customise characters in Louis Vuitton outfits. The surprise element in the game are NFTs placed by artist Beeple for players to spot.

In India too, designers are wading into this tech-driven reality-fantasy interface, albeit cautiously. “Everyone is exploring this digital realm, but the Indian consumer doesn’t fully understand its nuances. It’s a vague space now,” says seasoned designer Anamika Khanna, who launched herself into this new market with an NFT in February. Designer Pankaj Ahuja of the label Pankaj & Nidhi, who has woven interesting fashion narratives for over 15 years, also dropped a couple of NFTs early this year. “We are following the developments on the global scene, but as for our next step, we’d like to wait and watch. The fashion industry in the country is seeing a gradual recovery after the pandemic-induced lull. So for now, everyone is just trying to keep their businesses together,” says Pankaj.

But having said that, designers are certain that metaverse is a fascinating platform for consumer engagement. Khanna explains meta fashion involves understanding the mindset of online-bound young consumers. “It’s a different ball game. For designers, it’s an avenue that offers opportunities to take risks by allowing them to be as creative as they can,” she says. “From what I’ve seen and the way social media has influenced fashion, people are seeking fantasy. They want dramatic, inordinate looks that allow them to stand out. The metaverse will play into this fantasy element. It’s just a question of time.”

Virtual clothing may sound far-fetched in the Indian context right now. But, as Ahuja points out, “Who would have imagined two decades ago that social media, streaming platforms and online shopping will become integral to our lives. This is the next phase of the digital revolution.” He adds, “Having created physical clothes for the runway, it would be a different experience for us to design digital versions, allow customisations in the immersive space and then work on physical renditions. It will give us greater flexibility. Designers can also launch a percentage of their collections digitally, and create physical clothes based on the response. It will open up opportunities for customers to pose in digital dresses (without owning them) for photographs. Again, all this will take time.”

Metaverse is a virtual space where you can socialise, shop, play and participate in activities. It’s a computer-generated environment that mimics the real world by using technologies such as virtual reality and augmented reality to give visitors an immersive experience.

You can move around this space, interact with co-users and shop for brands/ NFTs using metaverse tokens from crypto wallets. Many luxury and high-street brands in the West are already part of this universe, launching collections, exploring creative collaborations and promoting shows there.

In India too, many companies are beginning to explore the option of having virtual storefronts with immersive experiences. Tanishq launched its “Romance of Polki” line on metaverse recently.

The path to virtual glamour isn’t glitch-free. Watching a metaverse show, I wondered if such simulacra needed gaming computers with excellent graphic cards to enjoy the experience. Besides, it felt far removed from the real world. It seemed almost unnatural to interact with imaginary people online and impulse-buy stuff that you cannot even hold in your hands!

Atul Malhotra of Evolv Clothing Company, has a sharp perspective of this non-tactile experience, “The fashion world has just opened its doors to the metaverse. But the big question is whether this is a marketing platform — like how Balenciaga used the Simpsons for their last virtual show — or will customers begin to adopt this on a long-term basis.”

Stating that India is “still very much about the touch-and-feel experience”, he says at this point even Indian online luxury platforms need to mature. “Right now, metaverse still remains a marketing gimmick. Luxury is a lot about perception and aspirational demand. It’s about status that comes with ownership. How long will a virtual Birkin hold value over a physical one in the hands of a customer?” Gamers used to creating aspirational avatars, buying virtual currency and unlocking clothes and goodies to help them progress in their play, however, have a different take. “I think the zoomers will spontaneously gravitate to this universe that rocks with innovations and swings with the mercurial crypto market,” says Riya Gupta, an Economics student, whose regular ‘site visits’ include the likes of DressX (which specialises in digital fashion clothing) and Dematerialised (an ‘experiential marketplace’ that’s creating a ‘new reality for fashion’). “I like the idea of hyper personalisation, and virtual platforms promote that. I can try out even the most risque outfit here.”

Though the metaverse may seem intimidatingly abstract to fashion mainstreamers who prefer to play safe, especially after the recent carnage in the crypto market, Vikram Subbaraj of Giottus Crypto Platform, sounds an encouraging note, “There is a lot of volatility now. This will have a cascading effect on the evolution of the Metaverse, too. Cryptocurrency is an enabler in the metaspace and prices are likely to bounce back soon, given the current rate of adoption and continued interest across the world.” He believes that for fashion brands and companies in India, there is an opportunity to push frontiers and impress customers with new offerings that stand the test of time and technology. “Brands will have to curate and build their fashion bouquets to appeal to the taste of their metaverse customers,” he adds. (To read the interview, scroll down)

So far, most Indian designers have decided to put the new frontier on stand-by mode. “Let’s keep it real, at least for now” seems to be their collective stance.

But, the Metaverse is fascinating because it defies rules. It allows you to explore unlikely realms and experiment with new identities in a borderless, empowering universe. We are at the beginning of an era. It is too early to comment on how this will evolve, just like how difficult it was to perceive the impact of the Internet in 2000. As Vikram points out, “Current social media is two dimensional. The future could be a 3-D environment where people are represented by their avatars. The future is definitely metaverse. It is just a question of when and how.”

IS THE FUTURE OF FASHION ABOUT THE METAVERSE? 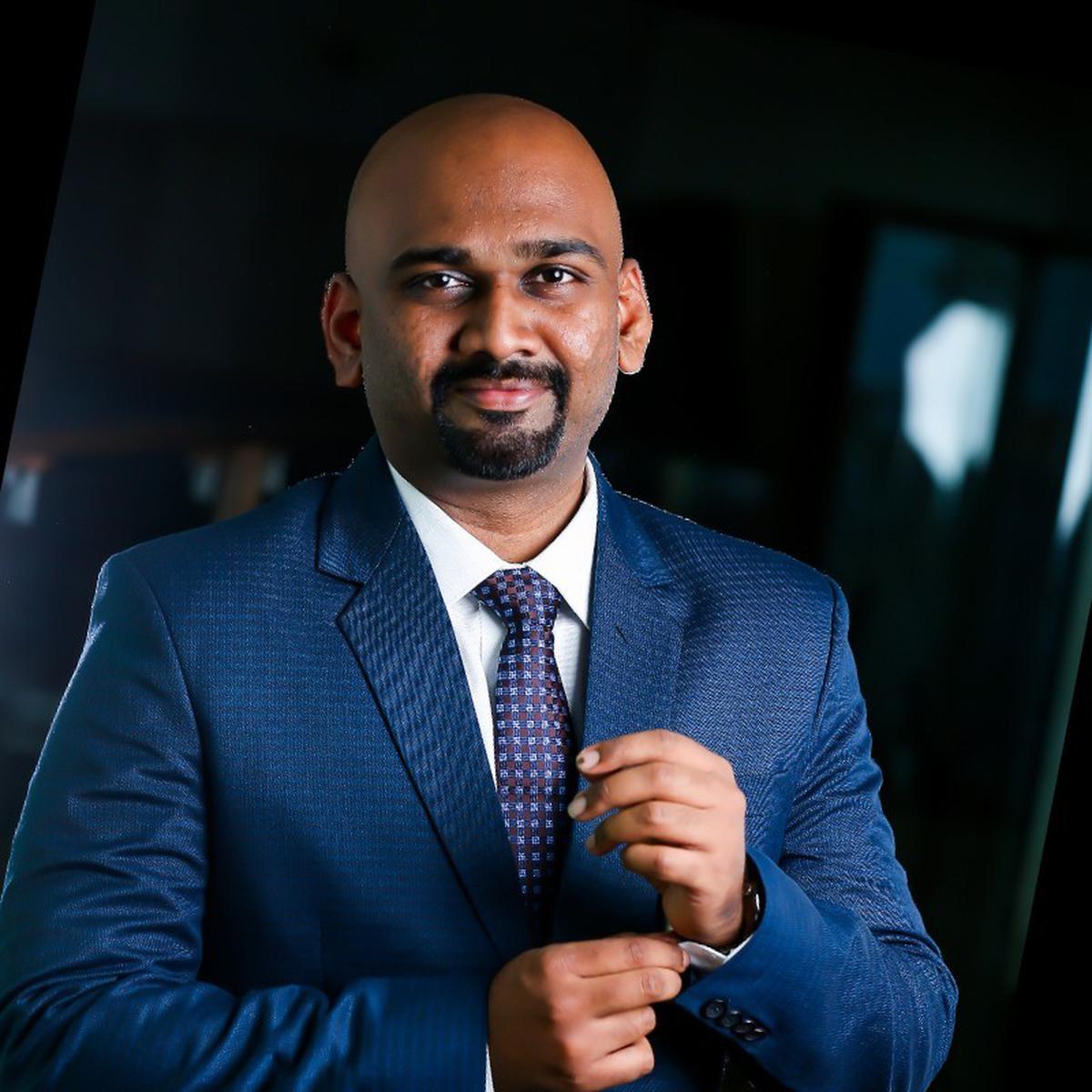 Vikram Subburaj, CEO, of the Giottus Crypto Platform discusses the pros and cons of investing in the metaverse

Do you think the Indian fashion industry is ready to explore the metaverse?

Metaverse is an immersive digital space and Gen-Z is already entrenched in it. They play, shop, manage relationships, and even get married in their meta-avatars. So, fashion will definitely be an integral part of the metaverse which continues to evolve.

Are Indian customers open to spending money and time on virtual avatars and clothes?

It all depends on the adoption of Metaverse. Already, millennials and Gen-Z are spending considerable time online rather than offline. While there are concerns on the free fall of certain crypto assets, users are quite aware of the risks and the opportunities. Moreover, fashion and vestures in Metaverse will need to combine a bit of science and fantasy. Say, there could be a dress that changes colour when someone dances or a jacket that grows wings when a person dreams. So, the general perception is that there will be a lot of informed activity that will be paid for.

As an investment, what’s the potential of NFTs?

There is already a lot of buzz in the space. Big brands are vying for their cut of the pie and they are eyeing long-term benefits. The space is open to smaller players as well and if an individual artist’s or creator’s work/NFT gets noticed, there is no cap on its growth.

Similar to crypto markets, market pricing for NFTs can be volatile but they will grow over time as a general rule. It is a place of immense opportunity.

What kind of opportunities do you see for designers and consumers?

Designers can create labels and brands exclusively for Metaverse. And, because of the nature of blockchain, these brands could be easily verified (unlike the real world where we might encounter fakes). In transactional terms, a dress that a user buys offline will fetch an associated NFT in the online world that one could use for their avatars.