More
HomeBusinessA step in the right direction for the metaverse
Business

A step in the right direction for the metaverse 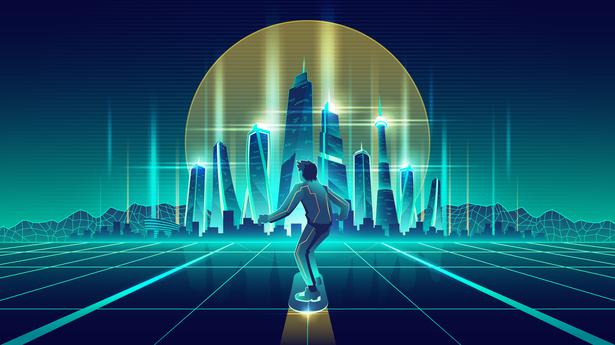 Interoperability between various software and hardware is key to unlock the digital land.

Interoperability between various software and hardware is key to unlock the digital land.

From a futuristic idea in the novel Snow Crash three decades ago, metaverse has now come of age. At least, the concept is attracting lots of cash from rich big tech firms. Metaverse projects are booming, and large tech firms have thrown plenty of money into a yet-to-be-fully understood digital fancy land.

Starting with Facebook, now renamed Meta Platforms, companies have invested millions to build online universe to make people meet and talk to each other. Meta has set aside $10 billion to buy and develop hardware and software to provide VR capabilities within the metaverse.

Google’s CEO Sundar Pichai has also expressed his interest in augmented reality (AR). The search giant could soon augment some of its apps for users to experience it in a virtual setting. The company’s Maps AR, or Live View feature, shows users experience superimposed details (like arrows) on the app when walking or looking for direction. It has also invested nearly $40 million in a private fund towards projects in the metaverse. Compared to Meta’s portion for the metaverse, Google’s is small, but not negligible.

Microsoft, a long-standing player in AR/VR, is also moving fast into the digital land. It comes to the online universe through the gaming channel. The software maker has splashed $70 billion to buy Call of Duty maker Activision Blizzard. The video gaming company’s popular titles will help the cash-rich Window maker corner a big part of the metaverse.

Chips makers are also investing in building semiconductors to power the 3D world. Nvidia is putting GPUs in consoles, PCs and laptops. Qualcomm is busy building extended reality to enable device makers to power their gadgets for people to view the metaverse in action. The chip maker is also working alongside Microsoft to advance AR-related interfaces.

With hardware and software makers coming together, the race to the metaverse fells like the Gold Rush of 1849. This time around, there won’t be physical gold. But massive potential for mining hoards of data from users playing games and socialising.

To make that happen, interoperability between various software and hardware is key to unlock the digital land. And that is where open sourcing and standard setting comes in. Industry leaders and experts have pointed out that the potential of metaverse will be best realized only if it is built on open standards.

Web3D Consortium, the World Wide Web Consortium, and the XR Association (XRA), along with several other industry players have now come together to embed interoperability into the amorphous metaverse.

Open to any organization at no cost, the Metaverse Standards Forum “will focus on pragmatic, action-based projects such as implementation prototyping, hackathons, plugfests, and open-source tooling to accelerate the testing and adoption of metaverse standards”.  The forum will also develop consistent language and deployment guidelines to expand the online universe.

For an idea from Neal Stephenson that has come of age, guardrails are essential to maintain safety and fair use in the wild wild digital west.